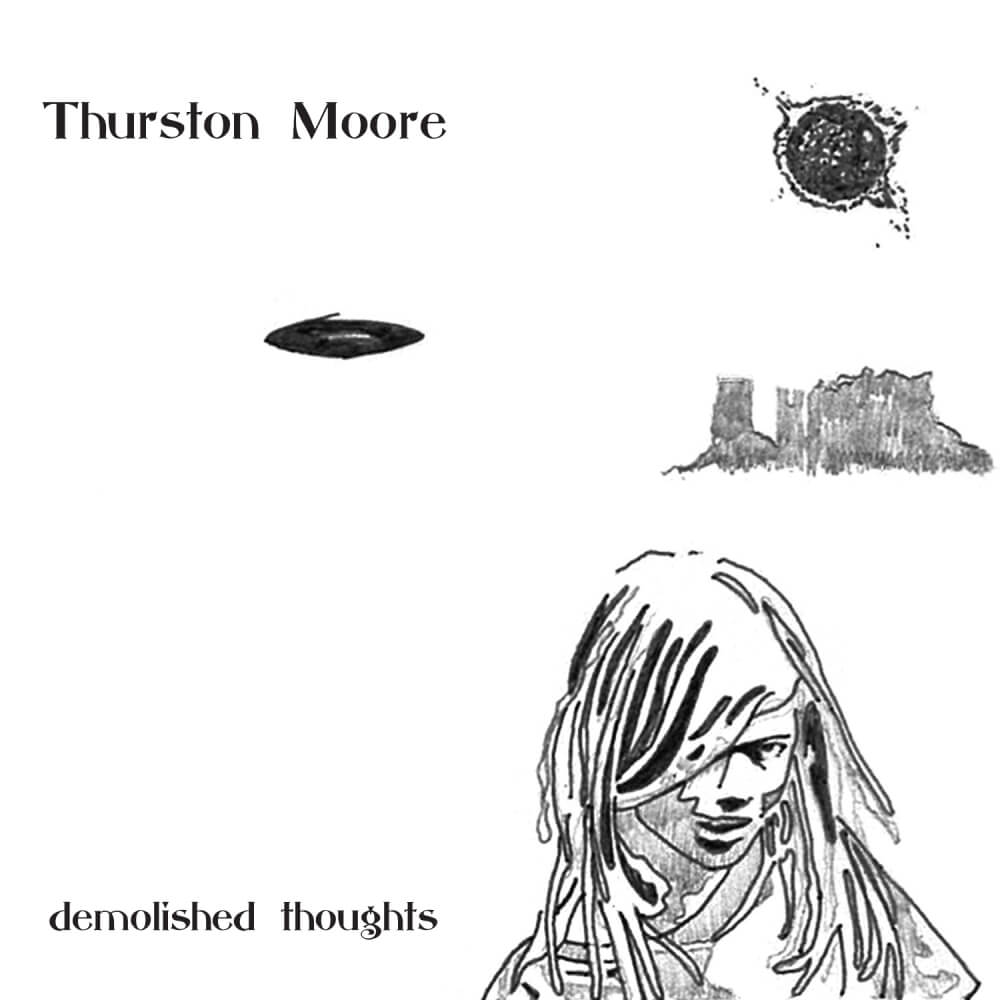 “A beautifully nuanced album that not only reveals a personal side to Thurston Moore’s songwriting, but also sits alongside his strongest solo work.” – NPR

Demolished Thoughts was released in 2011. The 4th solo album from Sonic Youth’s Thurston Moore (5th if you count 1998’s Root) and the first produced by Beck Hansen, it was recorded in Los Angeles and Northampton, MA.

Demolished Thoughts is an equally beautiful and brooding work; while there’s more than a few tonal similarities to some of your favorite Moore compositions from years past, the execution this time around is nothing short of staggering, burnishing Thurston’s rep as a classic songwriter in ways that never could have been anticipated.