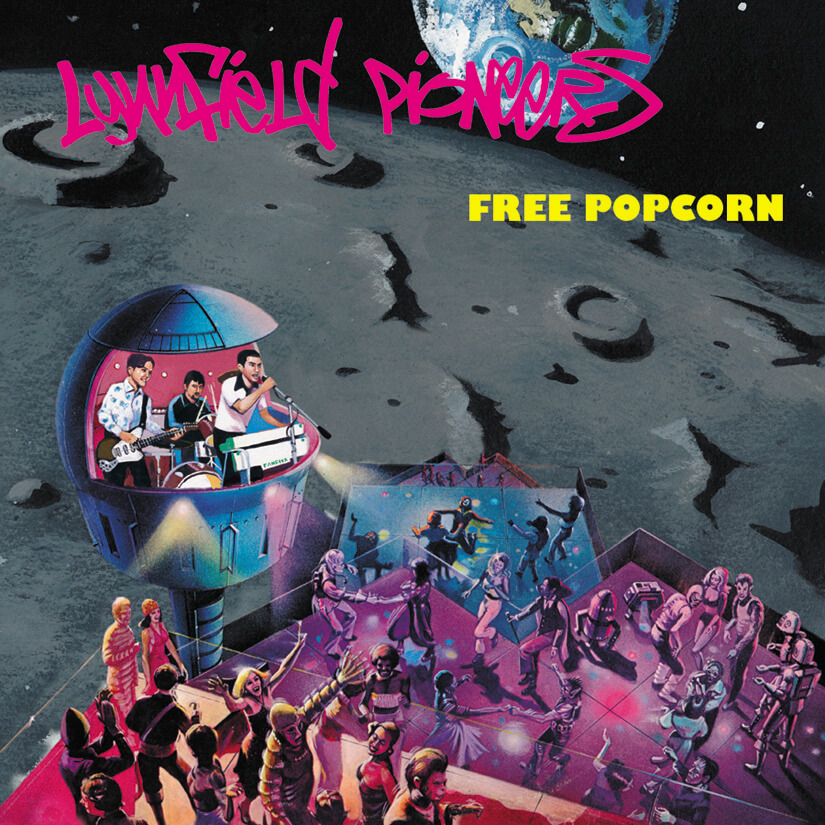 Brooklyn’s Lynnfield Pioneers can certainly turn a party out. Their 1999 second full-length album, Free Popcorn, is the revelatory rump-roaster created specifically to get the stiffest of bootys shakin’ and bakin’. The trio of Dan Cook (vocals/keyboards), Mike Janson (guitar), and J.P. Jones (drums) brought their much-discussed wide-ranging influences together under a groove as never before to produce a record intent on getting heads bobbin’ across the nation.

Is there any other band that can carry off the groove of “Chicken Strut”-era Meters with the intensity of the Fall, while recalling the Stones, ESG, Swell Maps, and Bo Diddley? Not by a long shot. And this record introduced bass guitar to the proceedings, to at last make for the full, deep- grooved realization of the hip-hopping, funky-spacey-sonic shit that had been bubbling toward the surface since their earliest recordings.