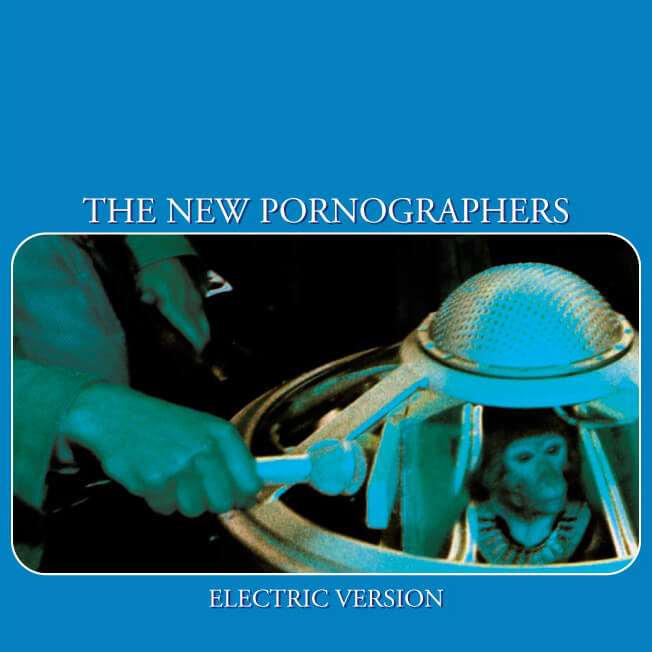 2003’s Electric Version is the second album from Vancouver’s supergroup THE NEW PORNOGRAPHERS, featuring Carl Newman (formerly of Zumpano, aka A.C. Newman), Neko Case (Neko Case), Dan Bejar (Destroyer) and other local luminaries in a joyful cascade of slightly jaundiced power pop songs that will knock your socks off.

With Electric Version, rather than recording in pieces here & there and working songs out in the studio, the Pornographers went in with an arsenal of new songs, many of them already live favorites, having been playing as a band for years. The result is absolutely classic power pop on par with the best of the genre. Carl Newman is probably the shrewdest songwriter working today, with a surreal edge and tricky wit. Some say he is a tyrant, but he is merely self-assured. Dan Bejar, who also enjoys a career as Merge recording artist Destroyer, contributes “Chump Change,” and also offers “Testament To Youth In Verse” and “Ballad Of A Comeback Kid.” On the first single, “The Laws Have Changed,” Neko gleefully introduces “for the first time, Pharaoh on the microphone” and elsewhere, as on “Miss Teen Wordpower,” she goes for the throat with unabashed emotion.