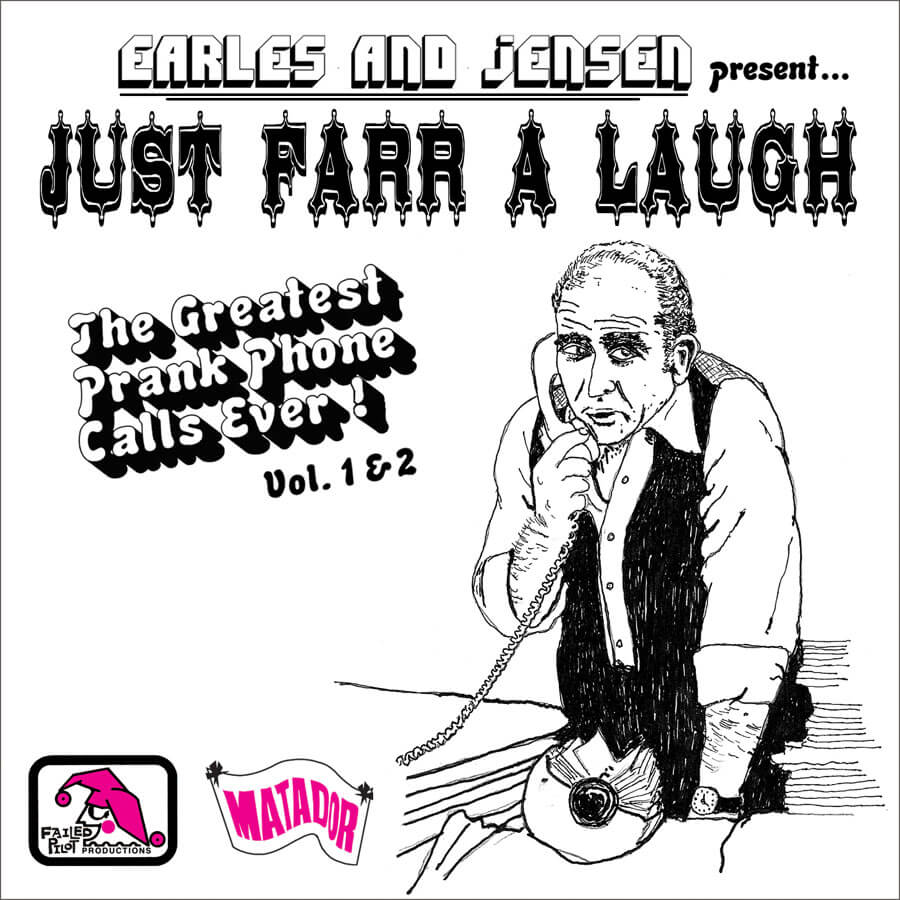 Included in the package is a book (not booklet) of drawings, photographs, and writing, all courtesy of multiple contributors. It’s a virtual who’s who that doesn’t make a lot of sense, but nonetheless creates a wonderful companion to the recorded works. A short list of artists that contributed drawings: Mike Aho, Archer Prewitt, Devendra Banhart, Mark Henning, Ian Marshall, Gavin McInnes, Jake Oas, Aurel Schmidt, Matt Sweeney, and Megan Whitmarsh.

Jeffrey Joe Jensen and Andrew Scott Earles are Leo’s, reliably carrying all of the negative and positive baggage of that particular sign. Amazingly, and unknown to the duo until several years ago, they share the exact same birthday of August 15th.

Along with writer Ian Christe and artist Steve Keene, Jeffrey Jensen founded modern day Brooklyn NYC around 1992, during the Dinkins administration. With his incredibly magnetic personality, Mr. Jensen has left a lasting mental imprint on anyone lucky enough to have spent over an hour in his presence. Jeffrey has played in many bands, including The Low Down Dirty D.A.W.G.S., The Closet Case, The Jewish, The Star Spangles, plus he was the bass player for Homestead Records recording artists Smack Dab. He’s been the co-owner of a taco truck, the sole owner of a 1982 Chrysler Lebaron, contributed regularly to VICE Magazine, and was accidentally shot with a .22 rifle when he was 13-years-old.

Andrew Earles is a writer and loosely-defined humorist that lives in Memphis, TN. His words have frequently appeared in The Onion A/V Club, Spin, Magnet, Vice, Paste, Chunklet, and The Memphis Flyer…among others. He penned the biography HÜSKER DÜ The Story of the Noise-Pop Pioneers Who Launched Modern Rock (Voyageur Press), was a regular contributor to The Best Show on WFMU from 2001 until late 2006, and most of his attempts at live comedy have failed miserably. Andrew is a proud Southerner and amateur, wanna-be outdoorsman that loves to fish, act like he knows a lot about animals, and walk around in the woods. He sometimes has a smart mouth, yet against all logic, has yet to receive that long-overdue ass-whomping (not an invitation).