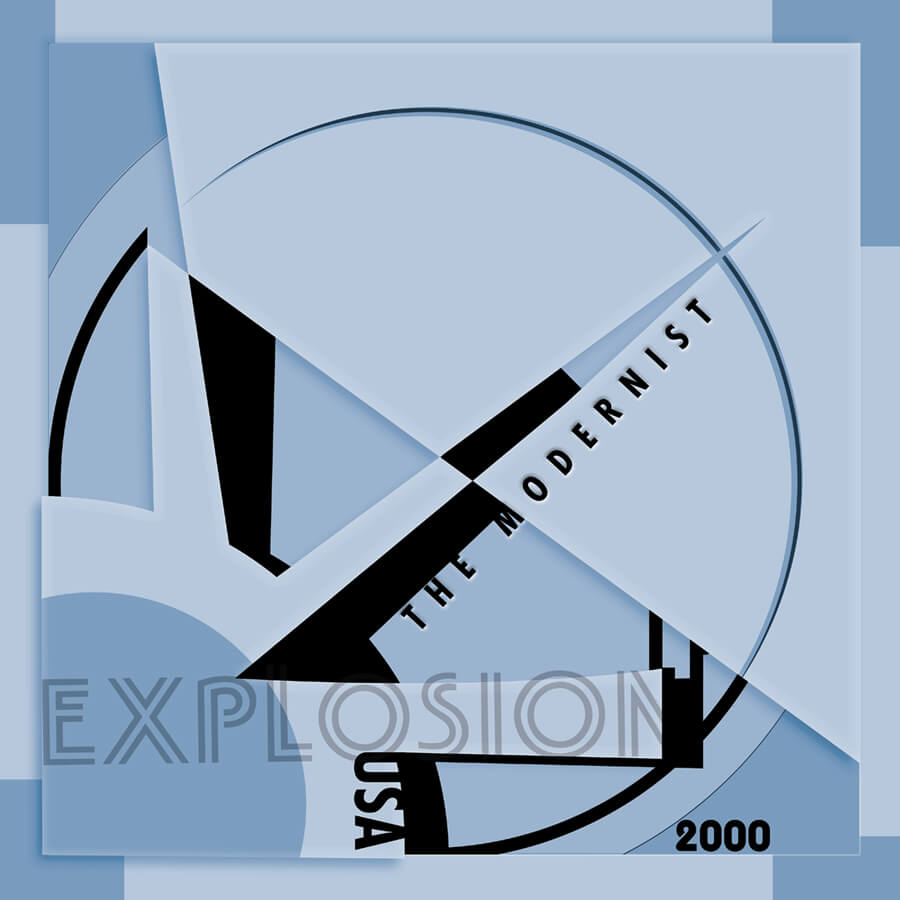 Explosion is the first full-length album from The Modernist, aka Jörg Burger, one of the leading lights of the influential Cologne minimalist techno school. Jörg was officially introduced to the US market with his collaboration with Wolfgang Voigt a.k.a. Mike Ink, entitled Las Vegas, under the moniker burger/ink.

Explosion explores Burger’s drift towards the melodic minimalism and fractal arrangements of some of his Cologne cohorts. Compositions like “Victor Ludorum” and “Global Entertainment’s” building/shifting haus progressions carry their own inertia as they hypnotically build to their throbbing conclusions, both delightful and disorienting. Burger doesn’t completely abandon his acoustic/electro experiments, as displayed with the plaintive “Manson Soup.” Elegant guitar lines mingle with pulsing sequencers for a melancholic groove reminiscent of his work with burger/ink.