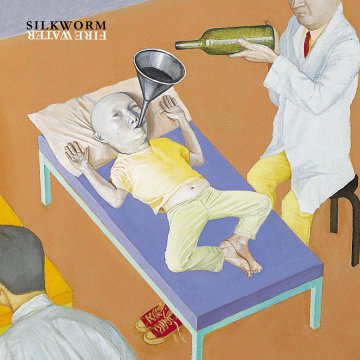 “They’ve been together since 1988. They’re kind of brutal, with a sort of Montana after-the-gold-rush toughness. I really find their work ethic honorable at this phase of the game. The bassist, Tim Midgett, is a really emotional singer, and Andy Cohen plays leads over whole songs. It’s a feat to play so many notes and not just come off as having a Berklee Music School gearhead, perfectionist mentality…they’re just coming into their stride.”— Steven Malkmus in the ’96 year-end issue of the Village Voice

Firewater is the fourth album from Silkworm. Released in 1996 and engineered by Steve Albini, it was the first album the band recorded after singer Joel RL Phelps’ departure.