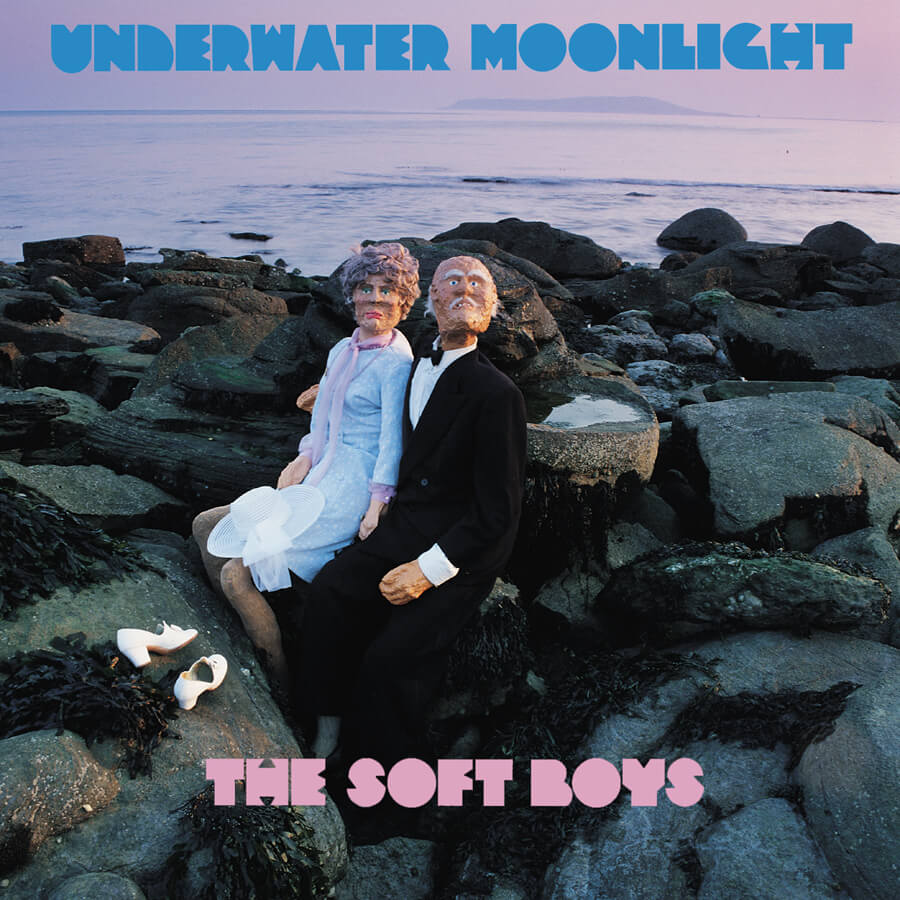 Underwater Moonlight ...And How It Got There

“Underwater Moonlight is a triumph of cheerful subversion. “I Wanna Destroy You” shoots out of the gate like a peppermint torpedo, packed with vengeful candor. My favorite lines: “A pox upon the media/And everything you read/They tell you your opinions/And they’re very good indeed.” (“Robyn’s songs all had lines in them,” Seligman says, chuckling, “that were not going to find favor with reviewers.”) Set to a racing tempo, glazed with sheets of harmony, “Positive Vibrations” was a song of “anti-joy,” says Hitchcock, who wrote it in early 1980. “I wanted to invert the way I was feeling. The Russians had invaded Afghanistan, my girlfriend took the dog to be put down. I thought, okay, let’s turn this upside down. I flipped myself over.” – from the reissue liner notes, penned by David Fricke, New York City, January, 2001

“Though the music of the Soft Boys was hopelessly out-of-step with the times in which it was created, it has aged beautifully. Their 1980 masterstroke Underwater Moonlight now seems colossal; its excellently crafted power-pop packed the wallop of a hundred-ton rig hitting a concrete wall at top speed, even with frontman Robyn Hitchcock’s inventive, surrealist lyrics softening the crunch.” – Pitchfork

Underwater Moonlight, the classic album from The Soft Boys, was originally released in 1980, and given the reissue treatment by Matador in 2001, which included incredibly comprehensive liner notes by David Fricke, and a second disc of previously unreleased rehearsal recordings.