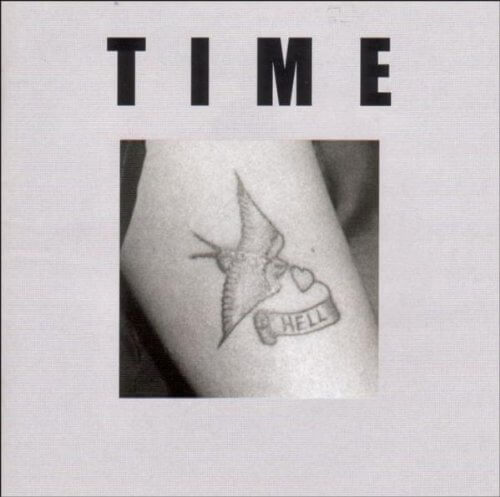 “The live fire on disc two of the Richard Hell treasury, Time (Matador, two CDs), takes me right back to the first time I saw Hell and his Voidoids at CBGB in 1978, shortly after I moved to New York. In fact, this raw data comes from almost the same time: a demon set from London’s Music Machine in 1977 and four radio-broadcast tracks from another CBGB date in ’78. Elvis Costello didn’t show up on my night; he does here, belting Hell’s ‘Blank Generation’ B side, ‘You Gotta Lose,’ and adding spit ‘n’ trashed guitar to the Rolling Stones’ ‘Shattered.’ But I can feel the same spilled beer sticking to my shoes and Robert Quine and Ivan Julian’s screaming-treble guitars spearing me to the bar. The rest of Time — an enriched reissue of R.I.P., a 1984 outtakes cassette — takes you to and fro: back to Hell’s mid-Seventies spell with Johnny Thunders in their hooligan Stones, the Heartbreakers, and up to an ’84 R&B fling in New Orleans, with Ziggy Modeliste of the Meters on drums and Hell putting the ragged hurt on Allen Toussaint’s ‘Cruel Way to Go Down.’ If you have reservations about bootleg fidelity, stay with Hell’s definitive studio LP, 1977’s Blank Generation. But you’ll be missing the heaven in this squawk.”
–David Fricke, Rolling Stone