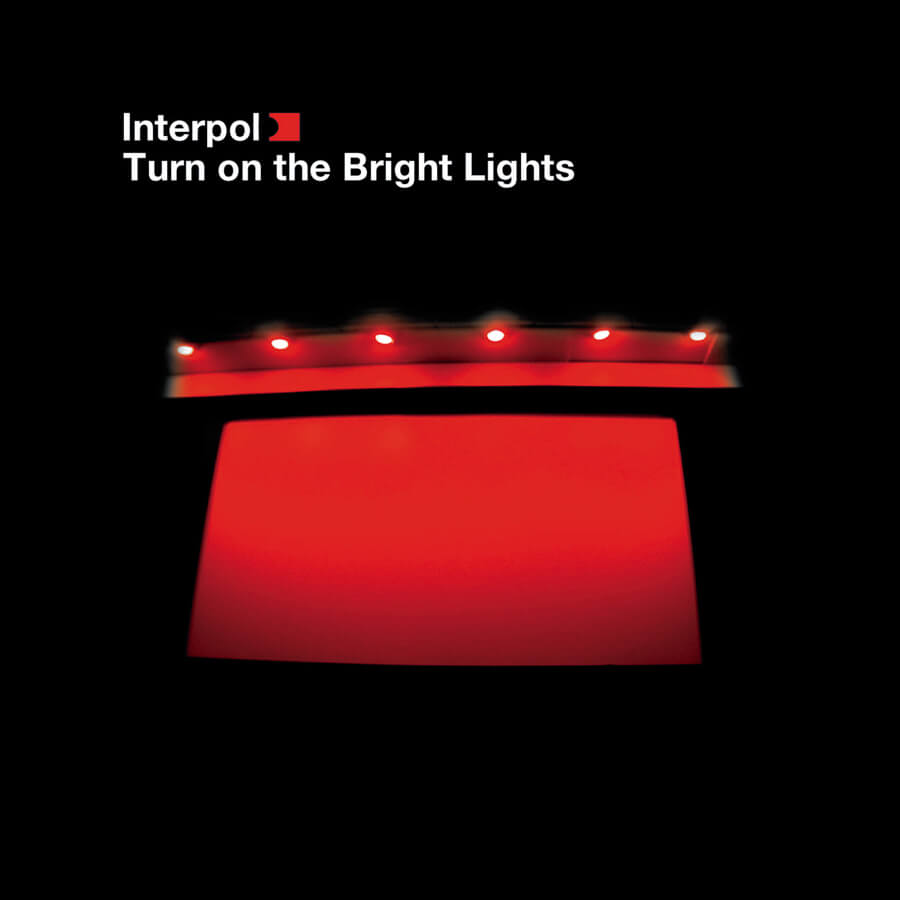 Turn On The Bright Lights

“Interpol’s debut full-length is wrought with emotional disconnection and faded glory, epic sweep and intimate catharsis. Inevitably, the hype exceeds return (that’s why it’s hype– and, to be fair, Interpol has largely flown under the radar compared to most other NYC acts), but there’s no getting around that Turn On the Bright Lights is an incredibly powerful and affecting album. Loss, regret, and a minor key brilliantly permeate jangling guitars and rhythmic and tonal shifts.” – Pitchfork

Turn On The Bright Lights was released in 2002 and seized the imagination of a generation. The band’s spare, lean textures, darkly oblique lyrics and suave stage presence were entirely different from the bands who preceded them on the charts and the radio. Turn On The Bright Lights featured the classic line-up of Paul Banks (lead vocals, rhythm guitar), Daniel Kessler (lead guitar, backing vocals), Carlos D (bass, keyboards), and Samuel Fogarino (drums, percussion) and spawned the singles “PDA”, “NYC”, “Obstacle 1” and “Say Hello to the Angels.”