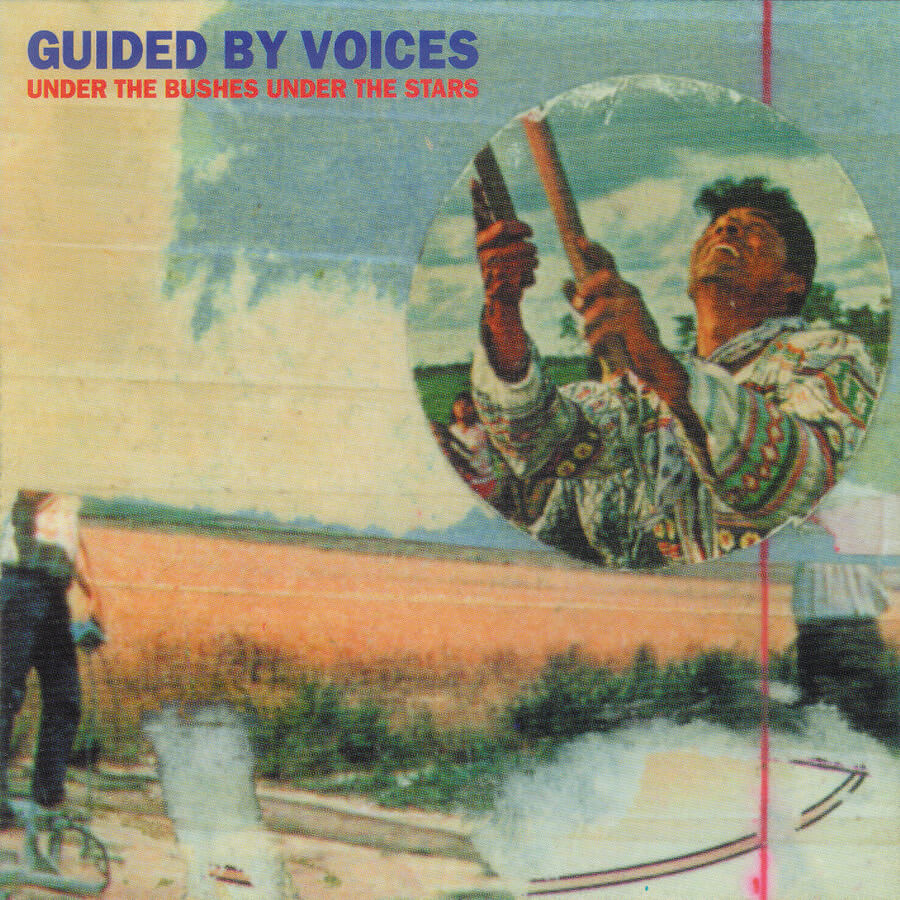 Under The Bushes Under The Stars

“With lyrics that sound cut and pasted from a book by the Brothers Grimm, Pollard’s two-minute tunes aren’t fragments so much as full compositions that say plenty in a short period of time. On “Big Boring Wedding,” he sings, “Pass the word: The chicks are back,” in a ’70s art-rock voice that brings to mind Pink Floyd and the Who’s Quadrophenia, and the song perfectly conveys the vapidness of the scene that Pollard is surveying. On “Look at Them,” the choppy power riffs and Pollard’s flushed, vein-bulging delivery can’t conceal a melody so strong you can lean against it.

Under the Bushes searches for something new in the pop-rock ruins and finds that the quest is the thing.” – Rolling Stone

Robert Pollard was adamant about releasing a home-taped album “as is, no compromises, man,” citing his dissatisfaction with the hi-fi, 60-odd songs Guided By Voices had recorded in 24-track studios.

Then he changed his mind and went into a 24-track studio along with Kevin Fennell and Tobin Sprout and banged out the majority of songs that would become their ninth album, 1996’s Under The Bushes Under The Stars.