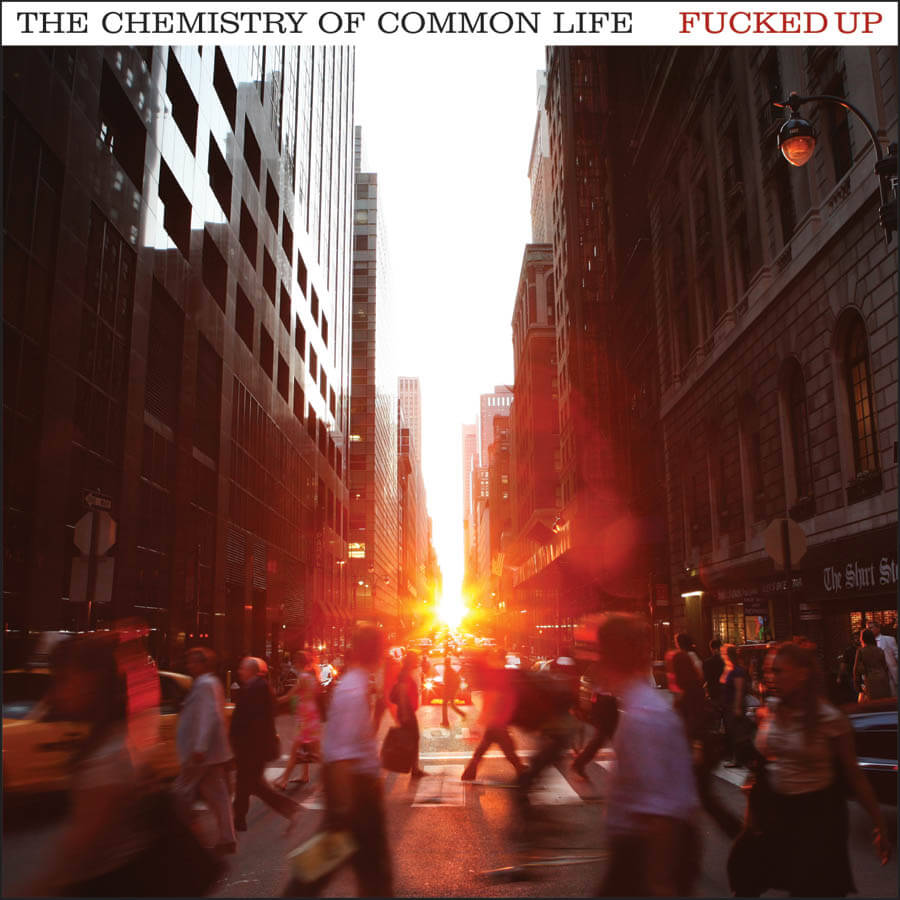 The Chemistry Of Common Life

2008’s The Chemistry Of Common Life synthesizes numerous diverse impulses into an expansive epic about the mysteries of birth, death, and the origins of life (and re-living). The Toronto group’s first album for Matador sees them merging elements of hardcore songwriting with up to 70 tracks of guitars, organs, winds and vocals (including 18 guitars on the first single, the fatalistic “No Epiphany”). The music remains iconoclastic and startling, with Damian Abraham’s gutteral vocals front and center. Guest musicians, of course, abound, notably gorgeous female voices such as Brooklyn’s Vivian Girls and Toronto’s Katie Stelmanis. The band remains contemptuous of churches and religion (opening track “Son The Father,” with its refrain “It’s hard enough being born in the first place: who would want to be born again?”) while promoting an almost Buddhist mysticism (“Royal Swan”). But in the end the view is idiosyncratically scientific: amid soaring guitar chords, the title track pays homage to the random chemical processes that created life on this planet. Though Fucked Up remain punks at heart – if quixotically diverse ones – they created a great, weird, heavy record that stubbornly sticks in your brain and your heart. The cover art for the 2009 Polaris Music Prize winner captures “Manhattanhenge.”