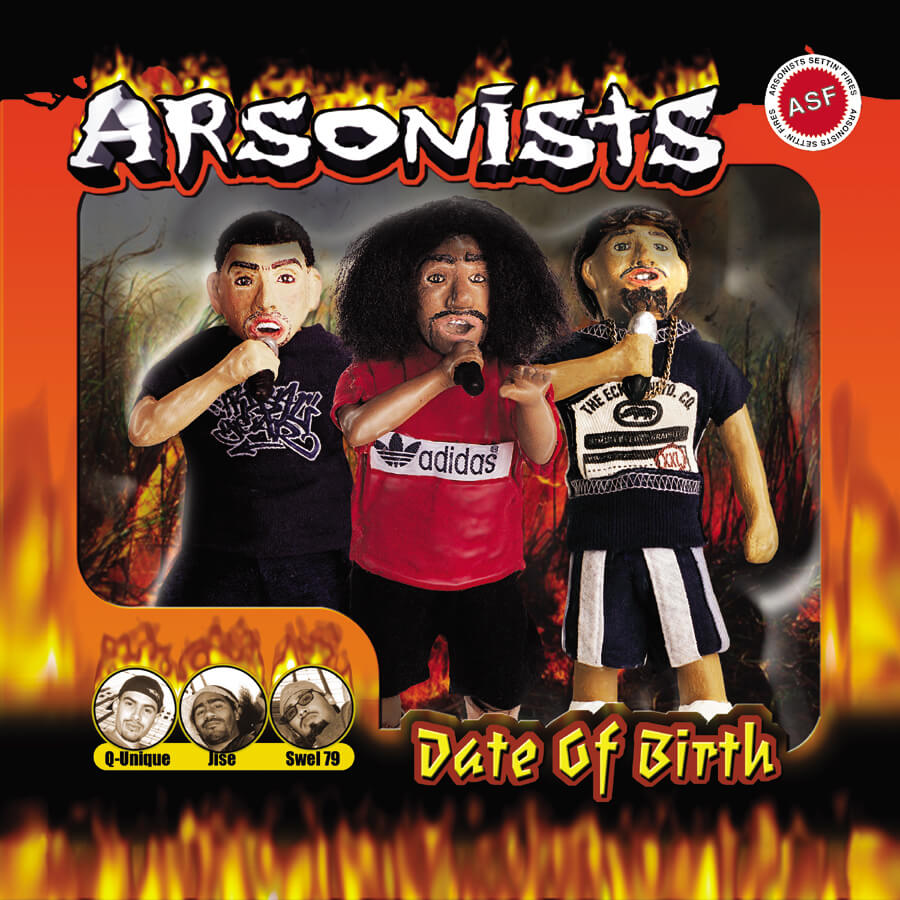 Following the release of three innovative 12-inch singles (on Bobbito’s Fondle ’Em Records and Serchlite/Geffen), and their critically acclaimed 1999 Matador debut As The World Burns, members Freestyle and D-Stroy left the group, leaving Q-Unique, Jise One and Swel Boogie to carry the reins on the group’s next album, Date of Birth.

Despite the first album’s excellent reviews and fan support, the guys considered it just a baby, and strove for a more mature, thoughtful sophomore effort through which they could be reborn, hence the title of 2001’s Date of Birth. Concentrating on smarter song structure, melody and provoking lyrics, the Arsonists developed an LP rich with head-nodding cuts, from the piano-laced crew manifesto “We Be About” to the haunting sounds of “Language Arts,” the funky “Space Junk” with Kinetic Energy and the gothic, string heavy “Alive,” which details the group’s triumphant rise above struggle and adversity. “Self-Righteous Spics (Anthem),” produced by the Beatnuts’ Psycho Les, is a high energy track guaranteed to get you moving, while “Millionaire” is a hilariously clever take on the popular Regis Philbin game show.