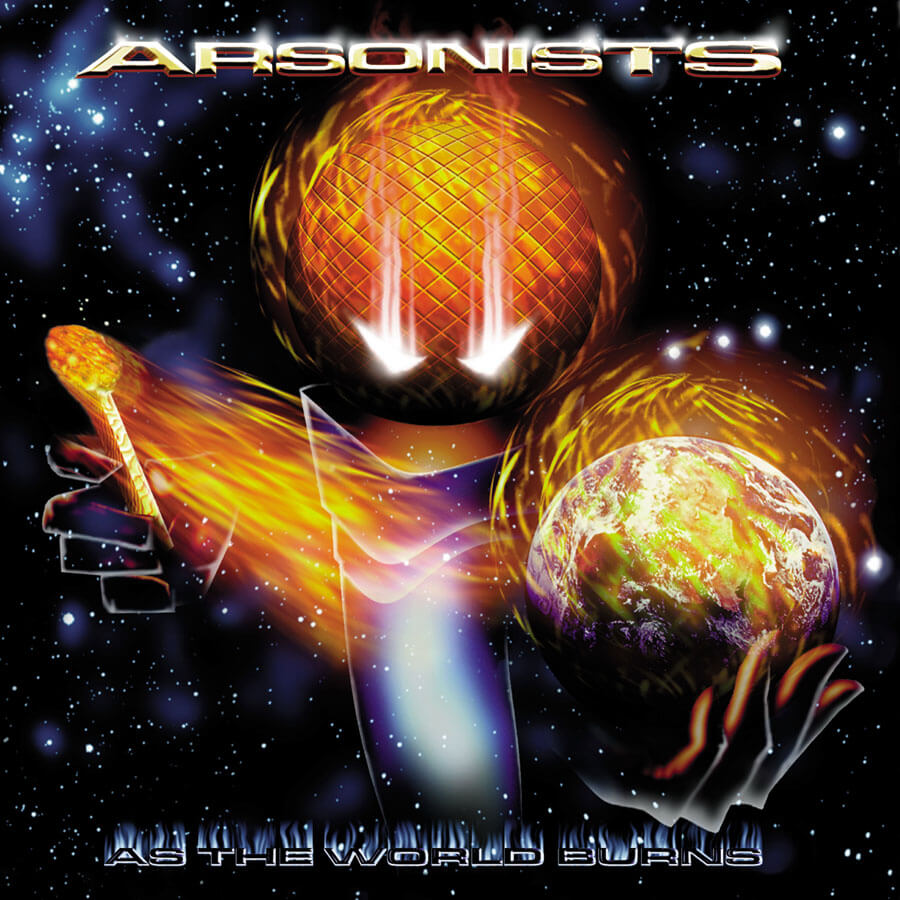 As The World Burns

1999’s As The World Burns is a bold statement, expertly self-produced at a time when producers’ names seemed more important than the artists.

Few M.C’s can compare to Arsonists‘ lyrical fire. None can match the charismatic swagger that gushes forth from the moment you see any of them to when they leave the area. But for every outrageous prophecy, for every half-assed group or solo artist that’s out with their daring assault on the mic, it is matched by a tremendous presence of mind that has you aware Arsonists were one step ahead of the game.

Put it on. As The World Burns. It’s a blistering addition to their groundbreaking 3 singles, which feature many classics. Unlike other MC’s there is no air of panic in the Arsonists’ zany antics, reclaiming one of the most influential styles in music by playfully dominating the rhymes, trusting their instincts and never dodging the dark or difficult phrase. They’re not so much playing with fire as they’re bringing all challenges directly to them.

Since 1993, when they formed as the Bushwick Bomb Squad, these five young impresarios (Q-Unique, D-Stroy, Freestyle, Swel Boogie and Jise One) made up one of the most impressive acts on the hip-hop scene.

The four elements of hip-hop had long been ignored in commercial rap, but The Arsonists used their own experiences in the worlds of B-Boys, Graff Artists, DJ’s and MC’s to explore these themes, pushing them all equally to the forefront.