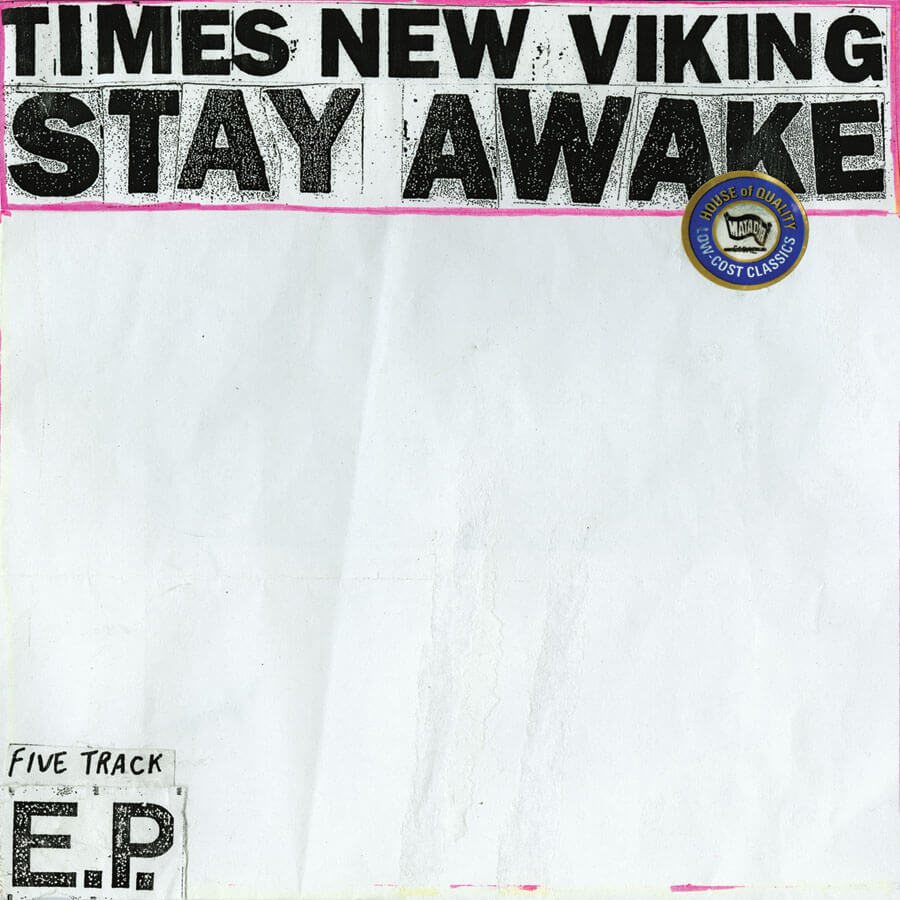 “Stay Awake’s neither a coda nor a collection of cast-offs or curios. In just over 10 minutes, the EP not only lays out five fresh TNV cuts worthy of any of their LPs, but throws a whole lot more of that “nuance” business all over the place. The dirt’s still very much under this band’s fingernails, of course, but if whatever they do with production seemed intentional– rather than a product of necessity, which it clearly isn’t for a band on Matador– it most certainly does now. The blanket of fuzz is just slightly more arid than the last time out, and far less encompassing, letting in a little room between the instruments and largely forgoing the pastiche of previous records for more sonic dynamism within the songs themselves. Hell, you might even pick out a lyric or two.

Oh, god, and the songs. If “Faces on Fire” and “(My Head)” from Rip It Off didn’t have you convinced that these kids know their way around a hook, peep “Pagan Eyes”, a Clean-like stomper rife with organ bleats and an actual shout-along chorus. And when some of the squall dies off at the end of “Pagan Eyes” and you hear Beth Murphy singing– even if you still can’t quite make out everything she’s saying– you quickly realize these folks know precisely what they’re up to.” – Pitchfork