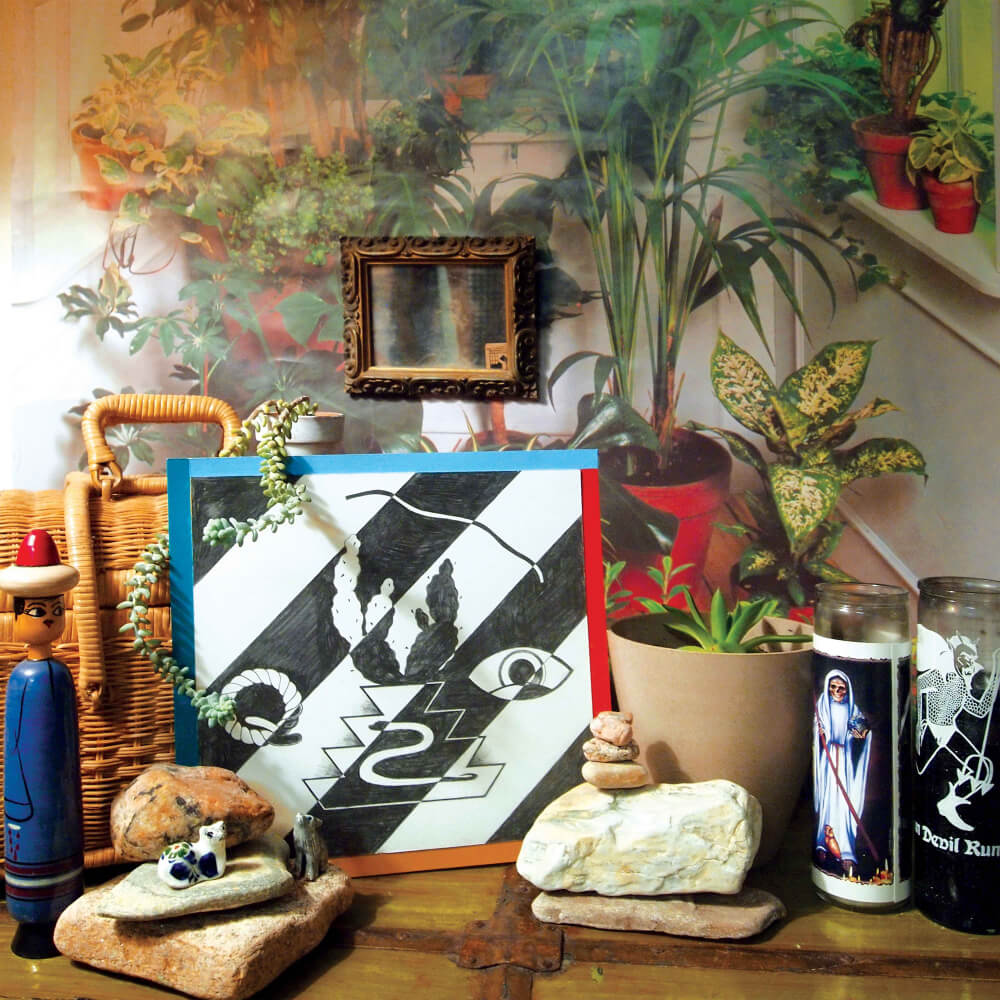 2014’s Chrome Cactus is a far darker version of The Young. The breezy optimism of their earlier albums has been switched out for sinister, creeping dread in both lyrics and music, and the instrumentation is far sharper as well. The rhythm section of drummer Ryan Maloney and new bassist Lucas Wedow lay down a heavy (though nimble where they need to be) foundation for the already formidable guitar interplay of Hans Zimmerman and Kyle Edwards. Finding two guitarists with a penchant for such skillful, intuitive interplay is tough enough, but Chrome Cactus is the moment where Zimmerman’s vocal delivery & way around a tune has caught up with The Young’s instrumental prowess.

Expertly produced by fellow sonic assassin Tim Green (Nation of Ulysses, The Fucking Champs, Thee Evolution Revolution etc.) at the new Louder studios located in the foothills of the Sierra Nevada Mountains in Grass Valley CA, Chrome Cactus aurally denies the idyllic setting that it was recorded in.  From the undeniable riff of album opener “Metal Flake” to the squalls of feedback in “Blow The Scum Away” that end the record, you’ll be hard pressed to find an album that both reinforces and revitalizes everything that is great about American Rock Music in the present day.  Taking influence from a myriad of artists such as (early) ZZ Top, Dead Moon, Link Wray, Lungfish and pedal-stompers worldwide, Chrome Cactus is a huge ball of power and controlled feedback disguised as ten of the catchiest songs you’ll hear this or any other year.