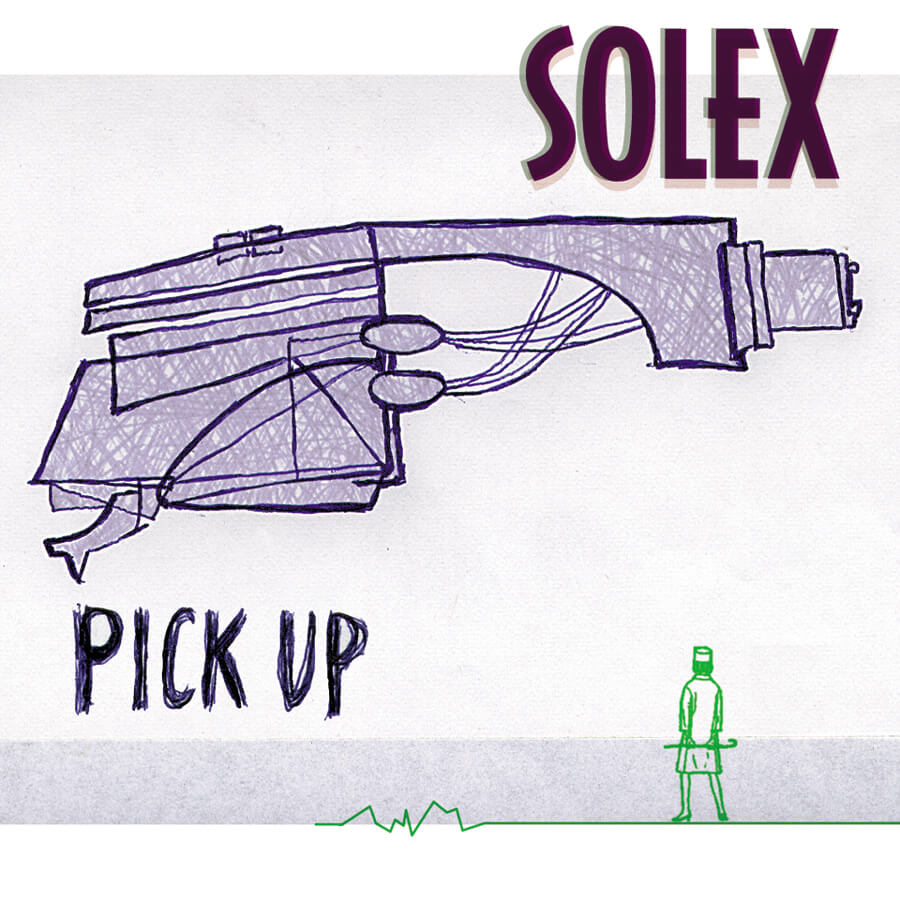 Solex is Elisabeth Esselink. 1999’s Pick Up was recorded, produced, and mixed entirely by her, in the basement of her record shop in Amsterdam.

While her debut album, Solex Vs. The Hitmeister, was mostly sampled from obscure 25-cent-bin vinyl from her shop (oh, and the Cure), most of the samples on Pick Up are from recordings she made at live shows, ranging from classical stuff to metal bands, call it a live record of sorts.

All the lyrics on Pick Up are short sketches, imaginary conversations she had on the toilet. The original title of Pick Up was Bathroom Desires.