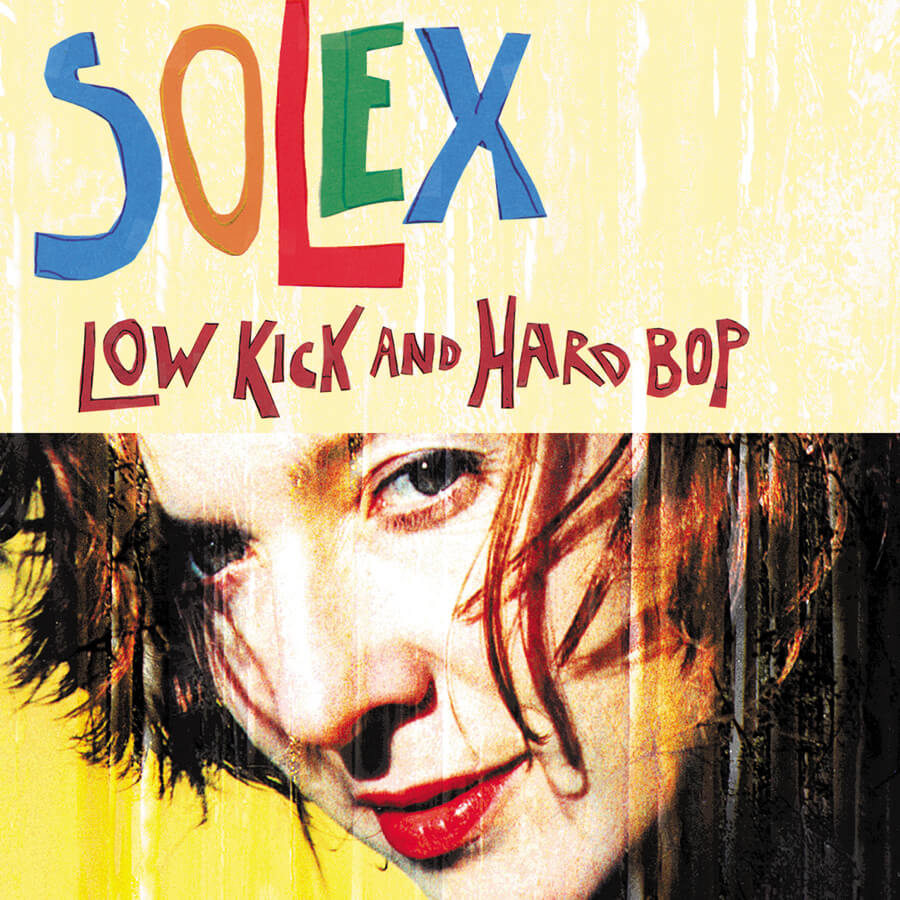 Low Kick and Hard Bop is 2001’s crazy, thrilling album from Dutch sound collage wizard Elisabeth Esselink aka Solex. Not (necessarily) a bop recording, the lost and found sounds resurrected and recombined by Solex would be mere props in anyone else’s hands, not the weapons utilised by Esselink to deadly effect. A master of making something-out-of-nothing, Esselink finds source material that she describes as:

“Old vinyl, crappy un-sellable CD’s (again), television (Wheel Of Fortune!), the ‘better looking’ talk show hosts (they seem to sound better as well), noisy deaf people, films, bootlegs (again), radio, street-noises and animals. The noisy deaf people were my favourites. They do know what they’re talking about, but don’t have a clue what they sound like (opposite to most musicians).”

The results don’t merely “resemble” glorious, oozing-with-technicolor pop songs, but are in fact, the REAL DEAL. The sharp wit and genuinely warped sensibility that made the first two Solex albums such international successes are in abundance on Low Kick and Hard Bop; guaranteed to please the hardcore fan and the uninitiated alike.