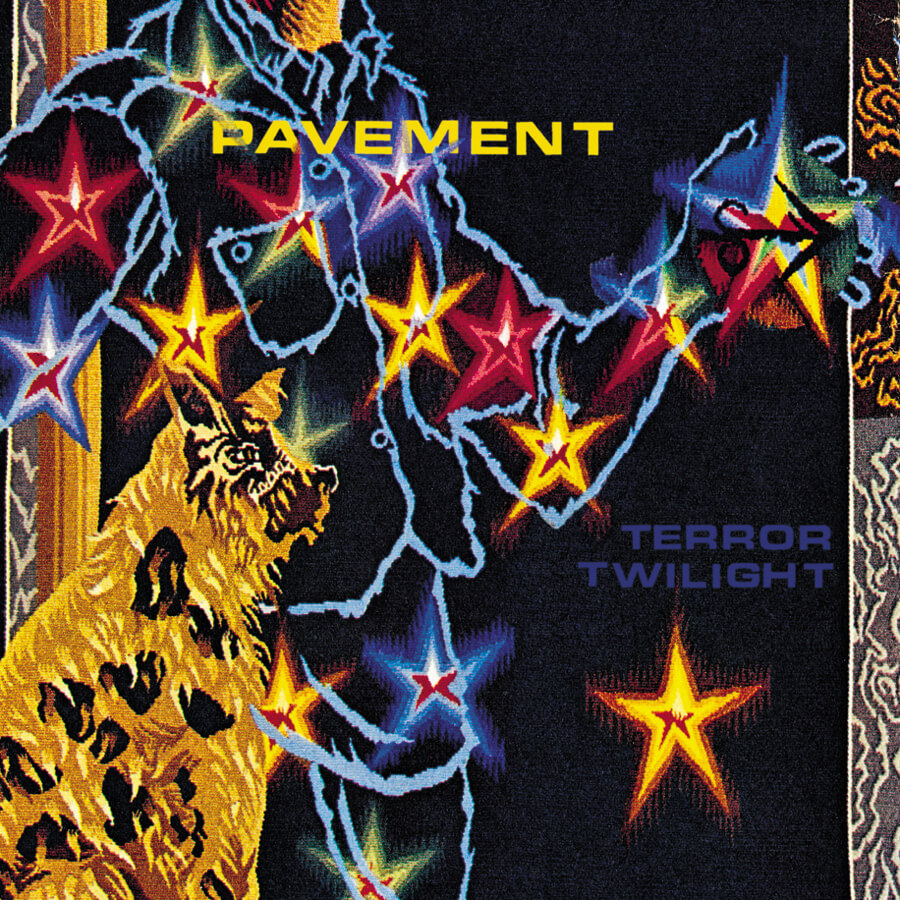 “On Terror Twilight, songs begin slowly, speed up at the chorus, slow down again, then blast off in search of Venus, where the girls are. “Cream of Gold” is zero-gravity riff rock — the men of Pavement locked in a Skylab shootout with Aerosmith. The dreamy country-rock ballad “Major Leagues” — perhaps the dreamiest ballad Pavement (or anyone else, for that matter) have ever recorded — imagines them reuniting years down the line at the baby shower of a punk-rock chick they used to know. Images of sin and redemption pile up like old newspapers; guitars fold into intricate origami figures, then fly into the sun. And through it all, Malkmus’ fragile, lovely singing precisely maps out every twist and turn. In the great rock & roll tradition of discovery, he doesn’t know where he’s going, but he’s blissfully unafraid, and on Terror Twilight he never loses his way.” – Rolling Stone

Pavement’s 5th and final studio album, Terror Twilight, was produced by Nigel Godrich and released in 1999.