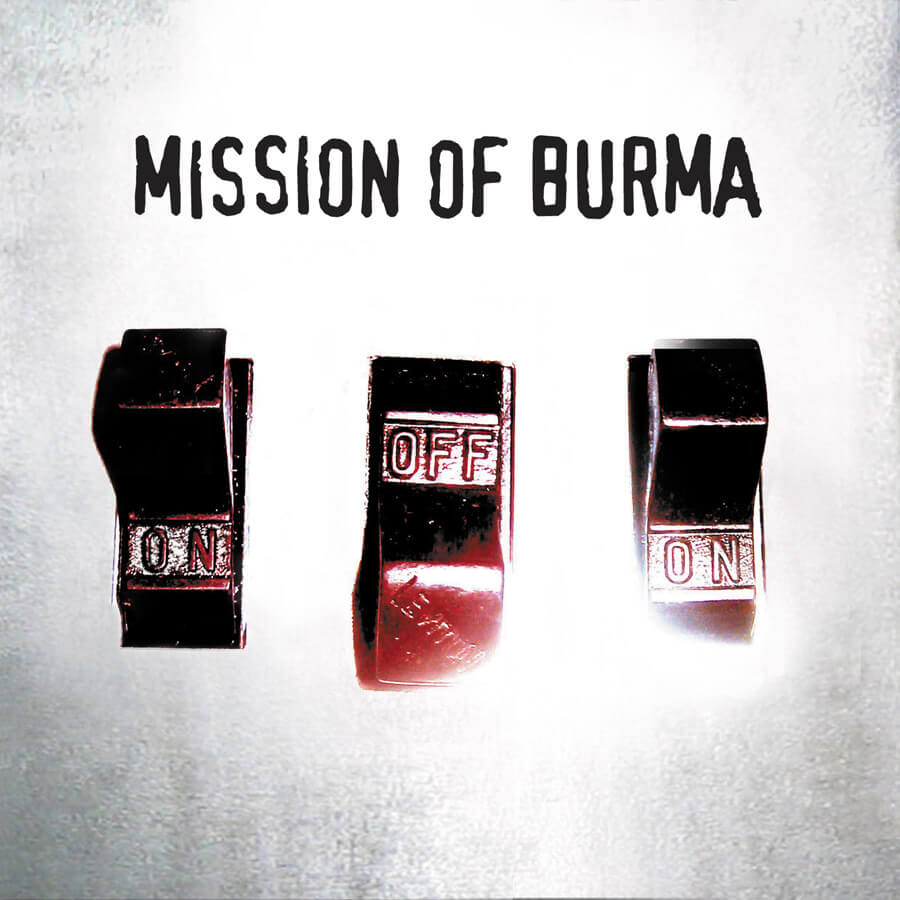 2004’s ONoffON was the first new studio album from Mission Of Burma in over 22 years. The Boston avant-rockers helped stake their claim as one of the most important bands in American rock with early works for the Ace Of Hearts label (later remastered and reissued by Matador).

Recorded with Bob Weston (Shellac) and original producer Rick Harte, ONoffON is a work of staggering complexity showcasing a group just as ahead of their time in 2004 as they were in 1982. The trio of Roger Miller (guitar, vocals), Clint Conley (bass, vocals) and Peter Prescott (drums, vocals), along with Bob Weston (on tape manipulation, replacing original member Martin Swope, who’s in musical retirement) completed an album brimming with all the raw power of their debut, yet revealing tones, textures and lyrical themes unimaginable the first time around.

ONoffON is not a mere rehash of past glories; this is a sprawling, multi-layered epic that drops bombs all over the musical map, with three very distinct songwriters each at a startling peak. While some will doubtlessly be comfortable giving Mission Of Burma the odd paragraph (chapter, even) in the history of independent rock, this is the album that puts them firmly in a more rarified territory. The Stooges, MC5, Velvet Underground, Television, The Fall, Joy Division, PiL, etc. – this is the pantheon that Mission Of Burma are part of.