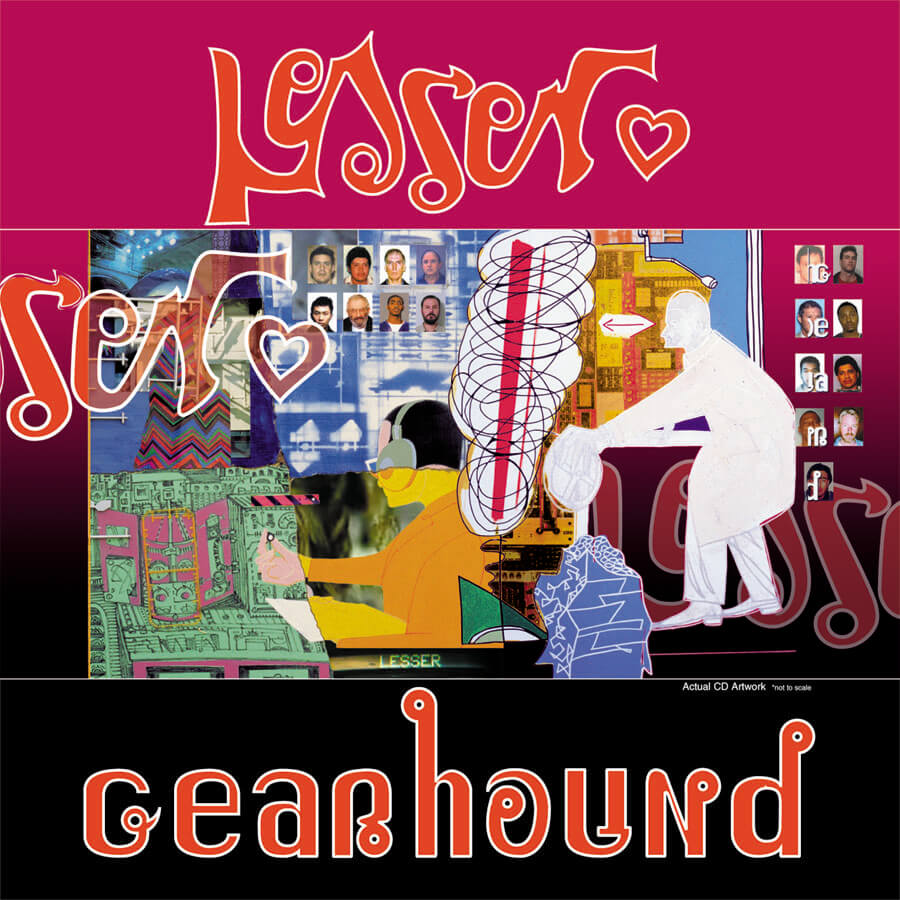 Lesser (aka. lsr, 157, Backfire, DJ 40 Year Old Woman) began in 1989 as a refuge from rock bands, a podium for ranting, and a vehicle for musical experimentation for one J Dserck. An active member of the then thriving alternative San Diego music scene (playing in bands with members of A Minor Forest, Crash Worship, Optiganally Yours, Pinback, Physics and others), J adopted the name Lesser as an ill-conceived political statement about himself, his music and his community (a slightly outdated, slacker mentality to be sure). Refusing to bow at the alter of the “cult of the live band,” he dropped out and began recording confused, drunken tracks in a crawlspace located above his mother’s garage.

With Gearhound, Lesser wanted to fuse the harder beats of drum’n’bass with the random, skipping monotones of Disc, creating a skittery, schizophrenic album which always seems on the verge of either dropping into a backbeat or disintegrating utterly into abstract, glitchy free-jazz or grindcore.