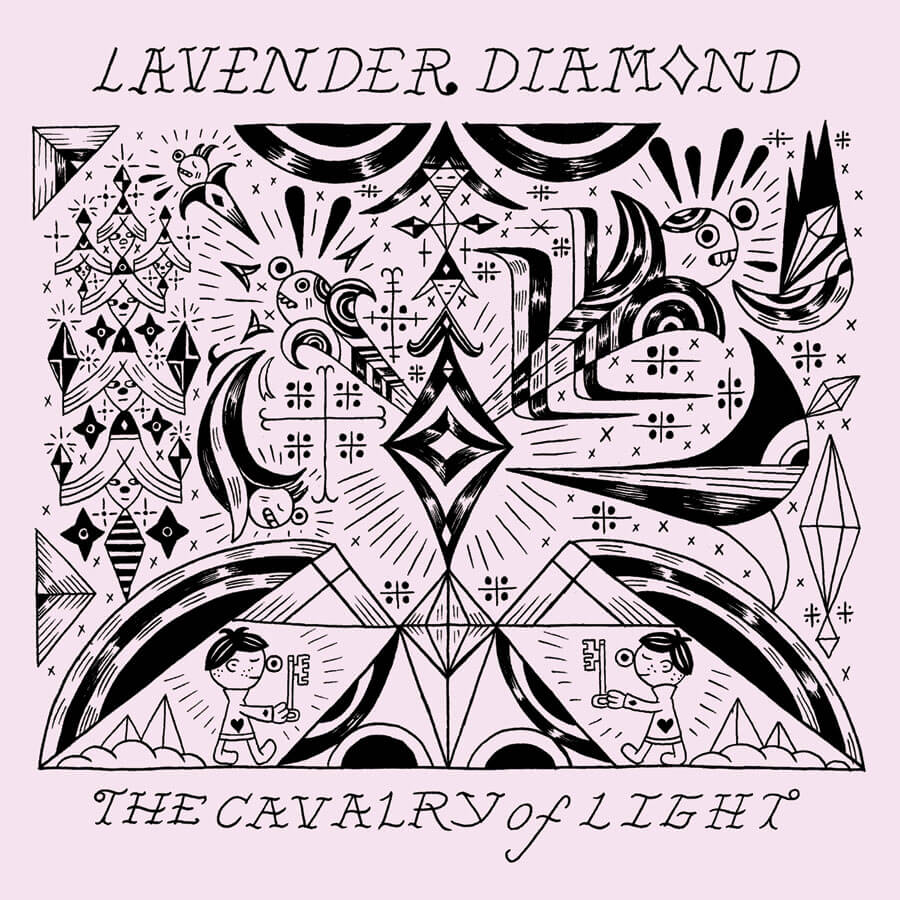 The Cavalry Of Light is the debut EP from Los Angeles’s LAVENDER DIAMOND, led by the enigmatic, charismatic spirit Becky Stark.

The EP leads off with the glorious anthem “You Broke My Heart,” a series of vocal and piano crescendos that burns itself into your brain with its rawness and simplicity.

Stark’s gorgeous, classically trained vocals (we are talking about an enormously powerful female larynx here) are the most immediately gripping aspect of LAVENDER DIAMOND, but the insistent, pretty riffs and affecting world-wisdom of the lyrics combine to surprising effect.