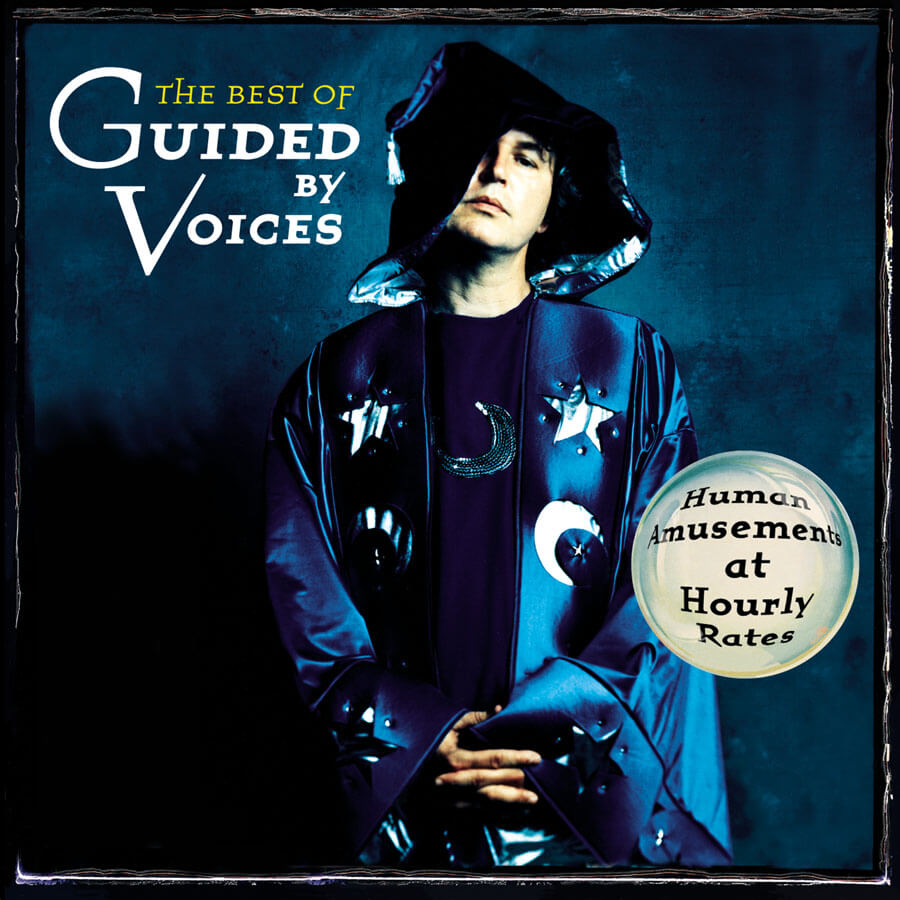 The Best of Guided By Voices: Human Amusements At Hourly Rates

“Best-of records are frequently criticized for robbing songs of the context created by their respective albums, but {Human Amusements At Hourly Rates} succeeds largely for this very reason, collecting material from the most seemingly disparate eras of Guided by Voices‘ output, and reconstructing them into a surprisingly cohesive whole. The shallow and misleading “lo-fi” tag has led many to construct an impregnable descriptive barrier between “early” and “late” Guided by Voices, but ‘Human Amusements’ is an alarmingly seamless listen. Indeed, the way the album is sequenced often serves to draw attention away from discrepancies in production, and towards the uniformly excellent quality of Pollard’s songwriting.” – Pitchfork

The Best of Guided By Voices: Human Amusements At Hourly Rates is a 32-song collection that spans the band’s recorded output between 1990 and 2003.