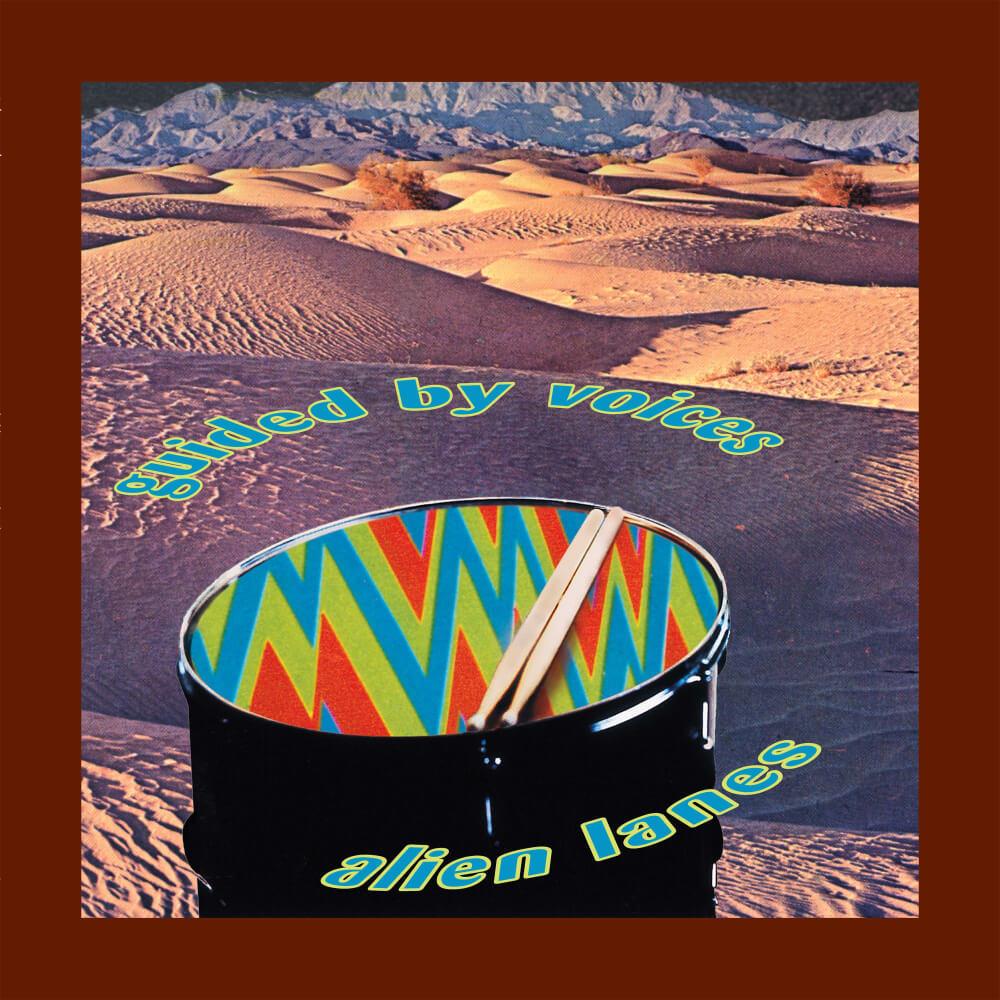 “On {Alien Lanes} the band – which includes Jim Pollard on guitar and bass, Mitch Mitchell on guitar, Kevin Fennell on drums, (rock critic and Kim Deal squeeze) Jim Greer on bass and multi-instrumentalist Tobin Sprout – displays a chemistry born of a near decade spent rocking the basement. Sprout, who plays Keith Richards to Robert Pollard’s Jagger, also makes excellent song contributions. He wraps his elfin voice around the exuberantly simple “Yeah!” chorus of “A Good Flying Bird” and tugs at the heartstrings on the Buzzcocks-style rave-up “Little Whirl.”

Despite their indie-rock status, GBV are no Sonic Youth: GBV don’t rebel against rock conventions, they revel in them, unafraid of intoxicating harmonies, smart melodies and chiming guitars. On ‘Alien’ they also reveal influences ranging from early Cheap Trick and T. Rex’s psychedelic glam to Wire’s deranged art punk and everything by the Beatles (check out “As We Go Up We Go Down”). But GBV’s individual outlook and infectious enthusiasm make old ingredients seem new, mixing them into a brilliant collection of songs whose importance feels predestined.” – Rolling Stone

This record, the eighth full-length LP (and first for Matador) from America’s finest exponents of rock’n’roll songwriting and from-the-heartland warmth, contains 28 songs. We like to call it GBV’s White Album. Genuine and insincere fans alike will recognize classics like “Watch Me Jumpstart,” “My Valuable Hunting Knife” and “Motor Away.” It was released on this day in 1995.