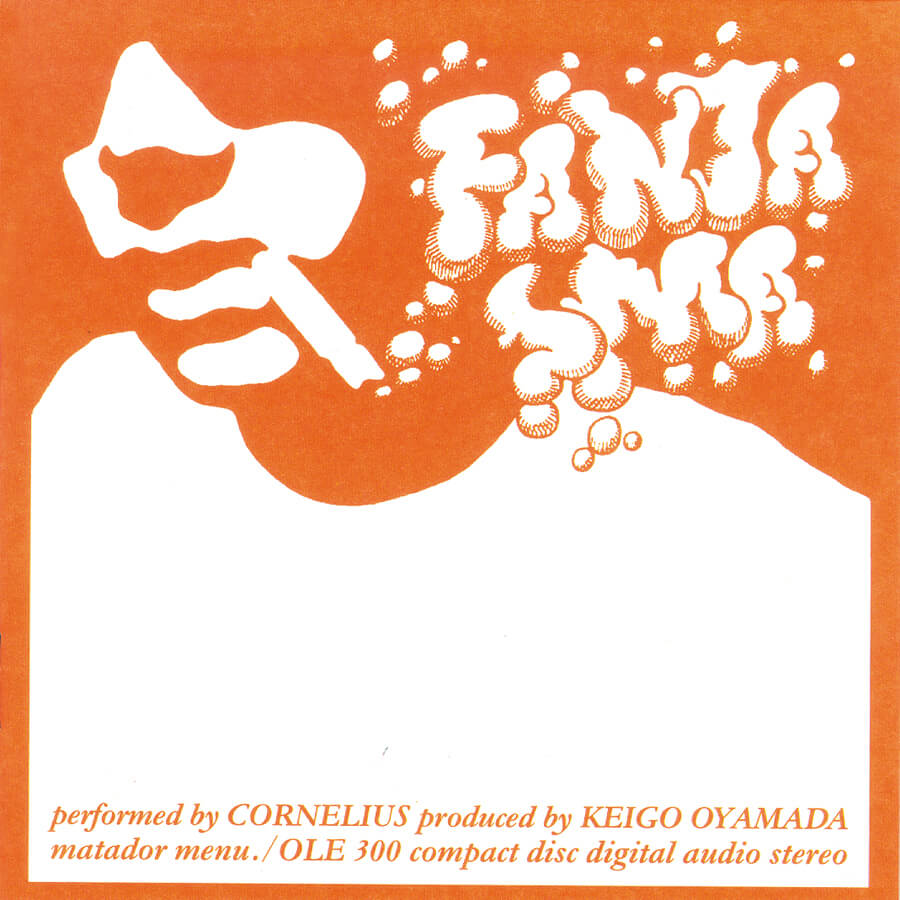 1998’s Fantasma is the third album from Cornelius. A tribute to stadium stardom by a Japanese pop idol, it un-selfconsciously melds beats, guitar heaviness and orchestrated arrangements into an unbelievably catchy, joyous rollercoaster ride through rock music history.

For CORNELIUS (Keigo Oyamada), this history moves smoothly from 1960s songwriting outfits like the Beach Boys and the Music Machine through the Clash and Wings to late ’80s British outfits like My Bloody Valentine and Primal Scream. As if that’s not enough, Oyamada sees no disparity in incorporating the hard excesses of late-’80s Japanese hip-hop and a plethora of spoken-word and soundtrack samples into this guitar-and-melody-based sound. This isn’t contrast for the sake of contrast: in CORNELIUS’s hands, all this music flows seamlessly together into a new kind of rock, a new kind of pop. He plays every instrument on the album. He doesn’t see the genre boundaries that restrict most performers in pop, classic rock or electronica alike; and after hearing this album, neither will you.