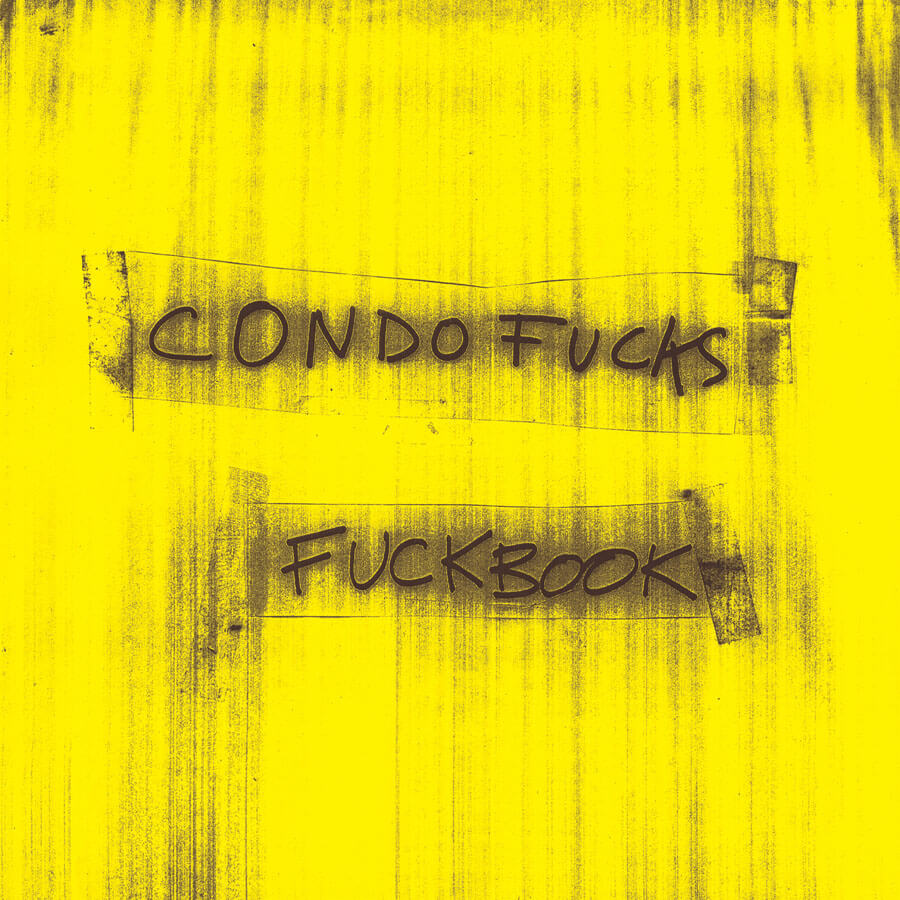 Legendary New London, CT trio the Condo Fucks returned to the stage in March 2008 after a long absence from the Tri-State Area’s concert circuit.  A secretive Hoboken rehearsal was recorded and later released in 2009 by Matador as the LP/CD, Fuckbook.

Eschewing such Condo Fucks originals as ‘Fuckin’ Gary Sandy’ and ‘Let’s Get Rid Of New Haven’, the trio – Georgia Condo (drums), Kid Condo (guitar), and James McNew (bass) – instead tear through covers of The Small Faces, Richard Hell, Beach Boys, Electric Eels, Troggs, Flaming Groovies and Slade classics in the style that previously won them so much acclaim from the Nutmeg State’s music journalists and radio programmers all those years ago.

In the go-go 1990s, the Condo Fucks released 4 titles on the Matador label, some of which were prominently advertised on the inner sleeve of Yo La Tengo’s I Can Hear The Heart Beating As One.  Sadly, these titles are long out of print.