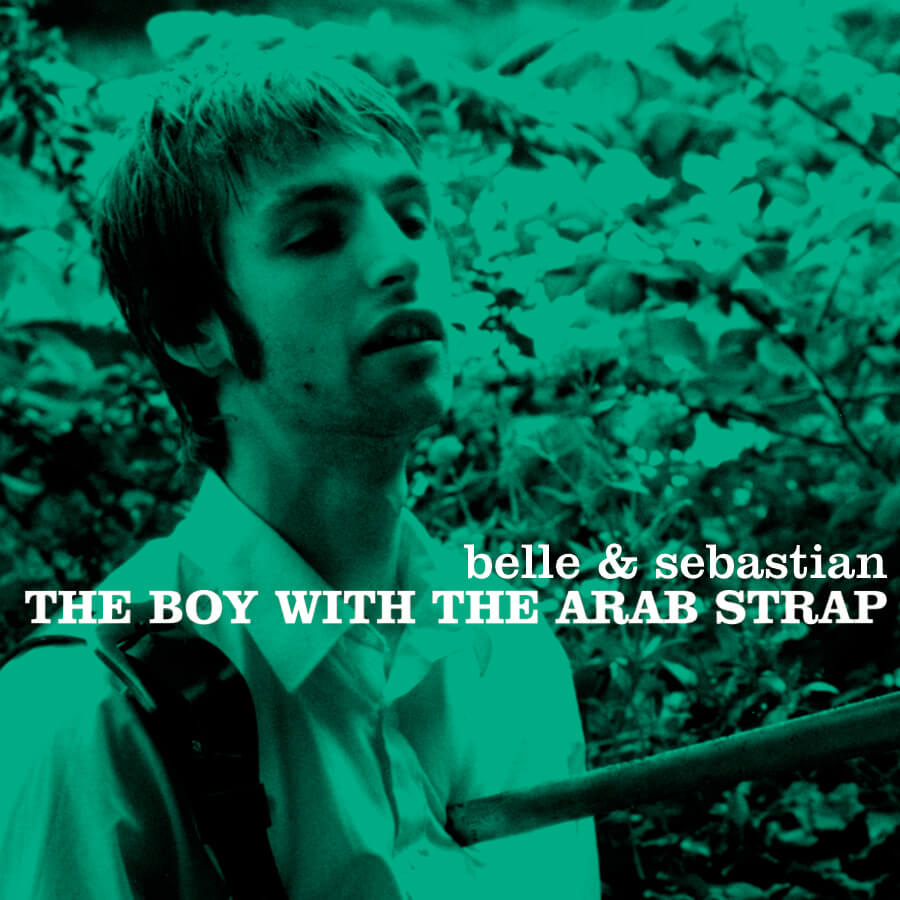 The Boy With The Arab Strap

“A few songs actually read as creditable poems: “Seymour Stein,” a split-level daydream in which the real-life record mogul takes the singer’s sweetie away to America and his band out to dinner, holds fast to its conceit and attains goose-bump loveliness — it’s actually moving. Elsewhere, there are old Stoneslike slide guitars, bagpipes and motortrance rhythms, strings, xylophones, trumpets, flutes and organs. And where too much of the band’s other music has been assiduously cloistered and rickety, best heard at private moments on headphones, this album’s got brilliant Spector-sound sunsets.” – Rolling Stone

1998 saw the release of The Boy With The Arab Strap, the 3rd album from Belle and Sebastian which became their biggest hit yet, hitting the UK charts at number 12 and putting the group on the map in the U.S. leading them to tour North America for the first time. The band won “Best Newcomer” at The Brit Awards to the mystification of many.