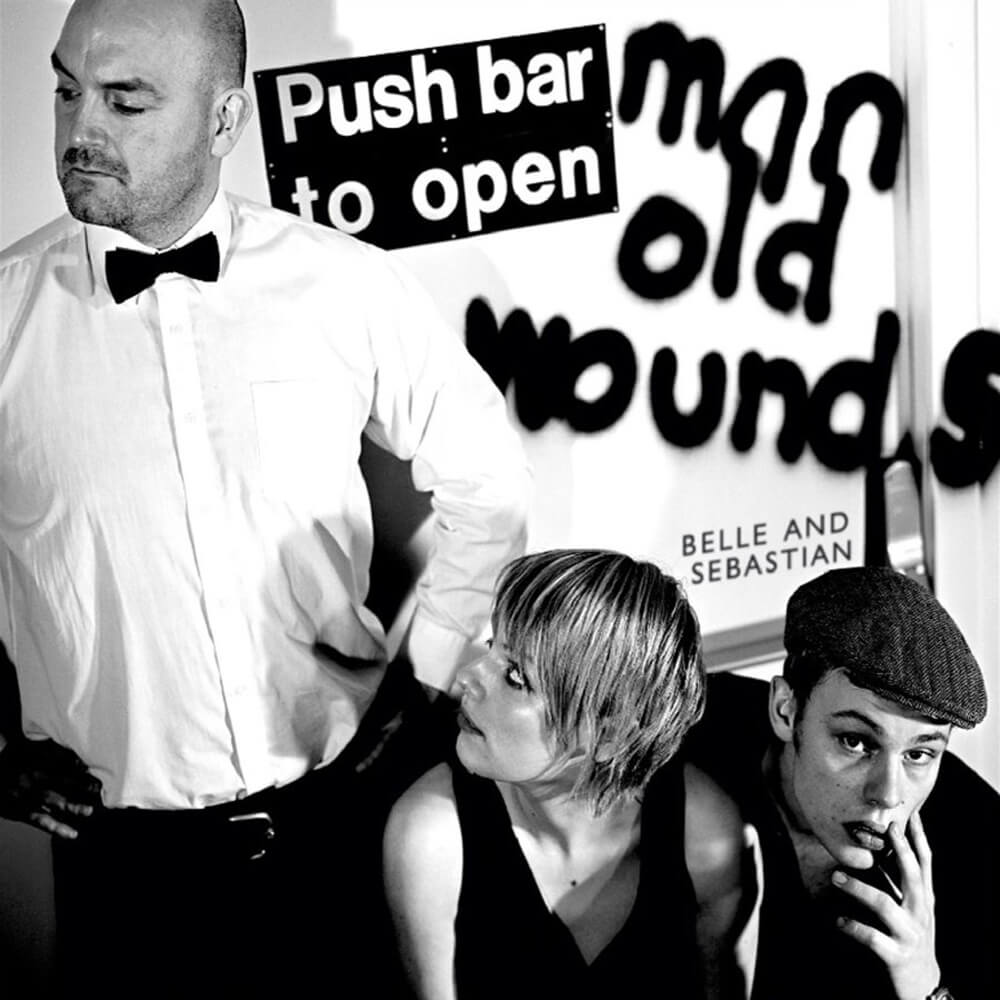 “As it stands, the first {disc} is a testament to the power and pull of one of the most singular and instantly lovable pop bands of our time; the second (disc} is a gentle suggestion that they took the correct post-mainstream fame steps after all, avoiding self-parody (see: Morrissey) and finding a way to be playful without becoming too precious (see: Lawrence in his post-Felt years). In combination, it’s a perfect way into the world of Belle and Sebastian.” – Pitchfork

All seven of BELLE & SEBASTIAN’s legendary Jeepster EPs have been collected into this convenient 2-CD set, 2005’s Push Barman To Open Old Wounds. Often considered the best of the band’s work, and previously only available as hard-to-find imports or (for three of them) in a box set, the EPs are comprised of 25 songs recorded from 1996 through 2001.