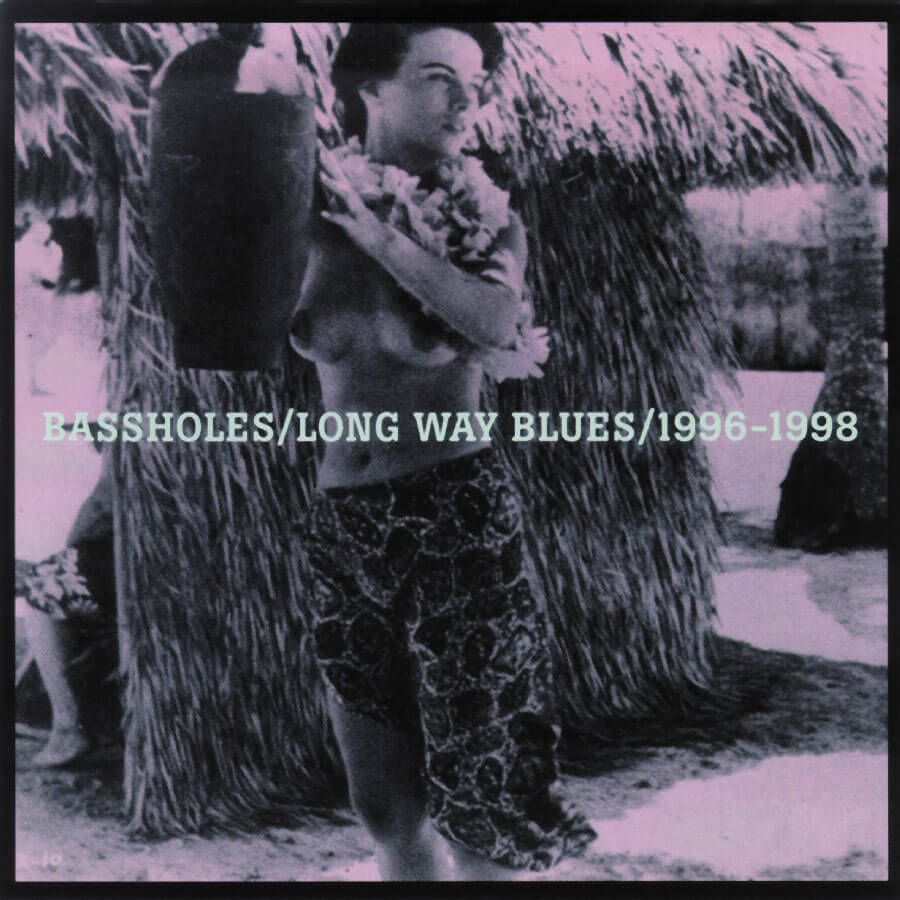 So yeah, now every Tom and Dick is doing the two-man fucked lo-fi blues thing. But only one cat can boast purveying such roots wrangling for over seven years: Columbus, Ohio’s own Mr. Don Howland. And before he embarked on this Bassholes cruise, he co-whipped up the Charlie tarred and feathered garagabilly combo, the Gibson Bros., currently the touchstone of choice for those aforementioned Toms and Dicks who manage to land a Harry.

After the fall of the Gibson Bros., Howland nabbed Rich Lillash from the debris, and hoisted this Bassholes thing via distantly-spaced 45’s and three LPs for Cali manic-depressive label, In the Red.

Slipped in and out of the Bassholes’ punk-damaged cryptic mid-century country blues pee-ons are odd sound collages, surreal guitar noodlings, haunting little melodies, a hooter even. There’re enough Celine Dions on this rock. Time to face up to the downs. Wade in the swamp. Get to know the black holes. Howland says of Long Way Blues 1996-1998 “it’s a dark dank record.” But he’s quite upbeat about one thing he was able to do herein: “I farted six minutes into air.”