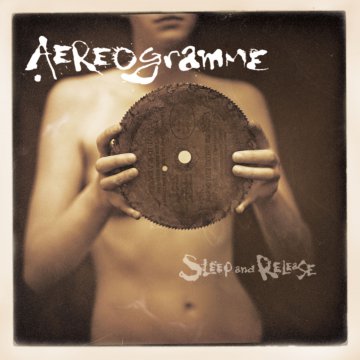 “What if Radiohead got guitar-happy with U2-ish heft? What if The Flaming Lips stopped making nerd anthems for interplanetary Olympics? What if Mercury Rev included a post-Pixies scream-blast for every wince-worthy wuss-warble? What if Mogwai hired a vocalist who sounded like an imp cowering in an attic? What if Sigur Rós were a rock band already? What if Built to Spill were from Glasgow? What if Weezer and Björk hopped in the same teleporter and got blended into a grotesque, mood-disordered Brundlefly act?

Without an inkling of conscious mimicry, Aereogramme are almost the answer to these questions on their revelatory, if somehow pompous, sophomore release, a thunder-bunny of a long-player with ambition rivaling that of their fellow murderous Scot, Macbeth.” – Pitchfork

Sleep and Release by Aereogramme came out in 2003.