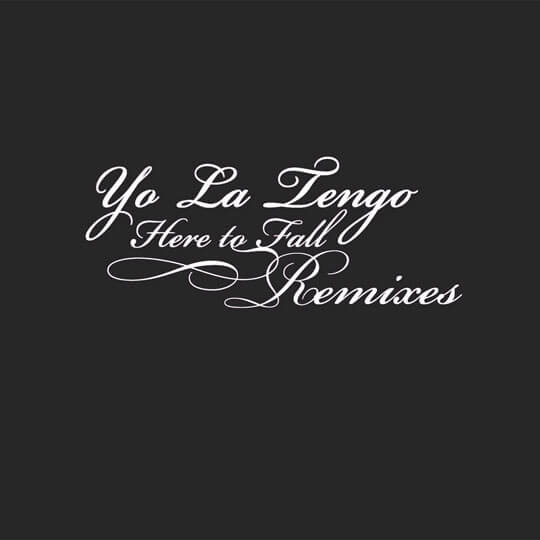 YO LA TENGO have worked with a huge variety of artists from different genres over the years. In 1997 they released the “Autumn Sweaters Remix” EP, featuring remixes from Tortoise, Kevin Shields and µ-Ziq. In 1999, they released the “Danelectro Remixes,” with remixes by Kit Clayton and Nobekazu Takemura. During the early 2000s, the band performed with members of legendary free jazz combo Other Dimensions In Music as well as members of the Sun Ra Arkestra.

In 2010, the band presented an EP of remixes of “Here To Fall,” the lead track from the previous year’s Popular Songs, by De La Soul, RJD2 and Pete Rock.

Each of these legendary hip hop performers has taken the track and the story -a couple having a tense conversation about the future over the background of menacing, descending chords and distorted wa-wa guitar – and made it their own. Maseo from De La Soul strips the song to its core only to add driving guitars and a heavy groove. RJD2’s take is as cool and atmospheric as you’d expect. It is the EP’s closer that truly takes the song to the next level – Pete Rock’s remix is dusky, minimal, abstract and hypnotic – carving the song down to the discrete elements of the human relationship, then dropping a verse about Yo La Tengo themselves – in a word, awesome.