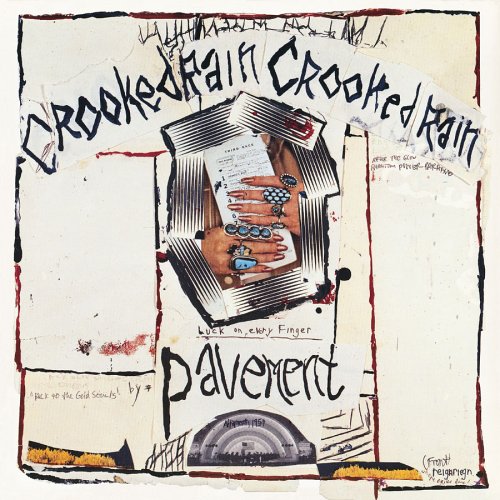 “What’s remarkable about the album is not its shoestring budget technique, but how friggin’ epic the material sounds despite (or possibly because of) being crammed into such humble surroundings. From the Skynyrd-coda of “Stop Breathing” to the California Adventure of “Unfair” to theQuadrophenia mods vs. rockers battle of “Fillmore Jive”, Crooked Rain is an album recorded in basement Cinemascope. The twangy monolith at the center, though, is “Range Life”, paradoxically featuring some of Stephen Malkmus’ most evocative imagery alongside some of his most petty, albeit hilarious and OTM, whining. It’s the score to the inevitable slow-motion retrospectives of Pavement’s career, and the most moving song of their tenure– even if you can’t really bang your head to it.” – Pitchfork, who ranked it the #8 album in their Top 100 Albums of the 1990s

Crooked Rain, Crooked Rain is the second full-length album from Pavement. It was originally released in 1994 and features the single “Cut Your Hair.”