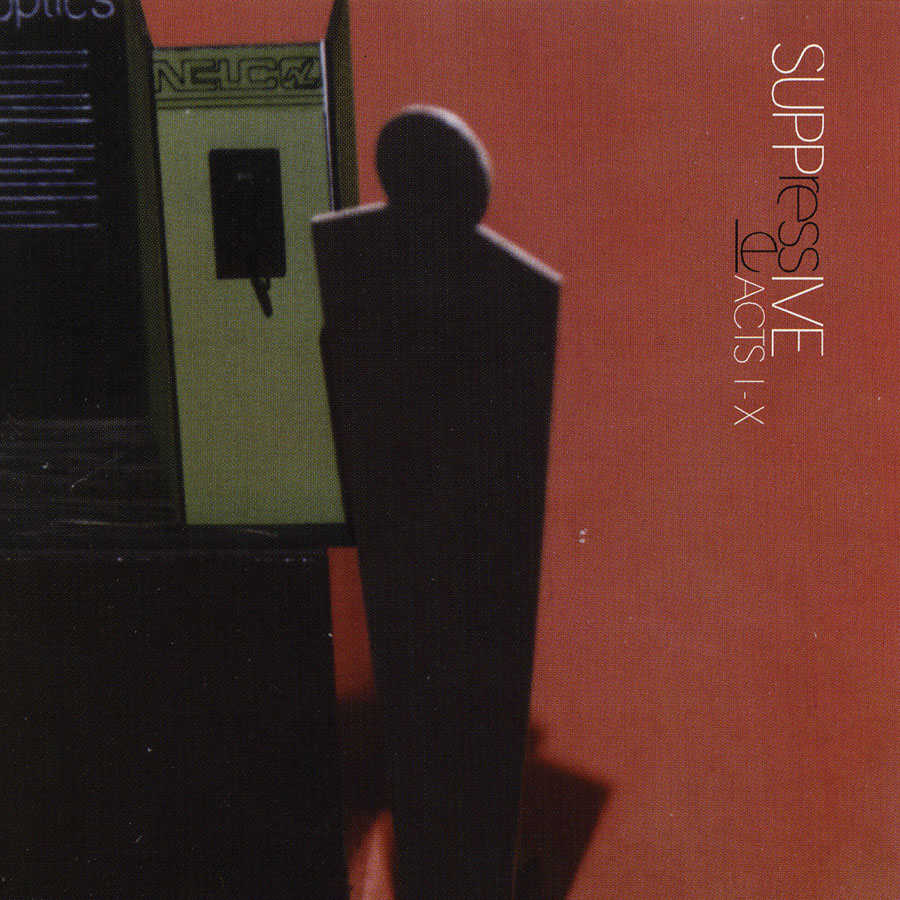 SUPPRESSIVE ACTS: Actions or omissions undertaken knowingly to suppress, reduce or impede Scientology or Scientologists. (Such actions are high crimes and result in dismissal from Scientology and its organizations.)

Suppressive Acts I-X is a collection of ten songs that try to bind a history of metal to a career in electronica, with more or less success. Metal song aside, the album is a study in thriftiness; reusing a base of 50 or so samples and manipulating them enough to render them useful across an entire album.

Lesser is the brainchild of J Döerck, who began his musical career in San Diego as a member of various punk rock bands including A Minor Forest. J adopted the name Lesser to express a new punk aesthetic through electronic music. He moved to San Francisco where he hooked up with leading lights in the electronic music scene such as Kid 606, bLevin bLectum and Matmos. His collaborations with Matmos lead him to work with Bjork on her Vespertine tour.