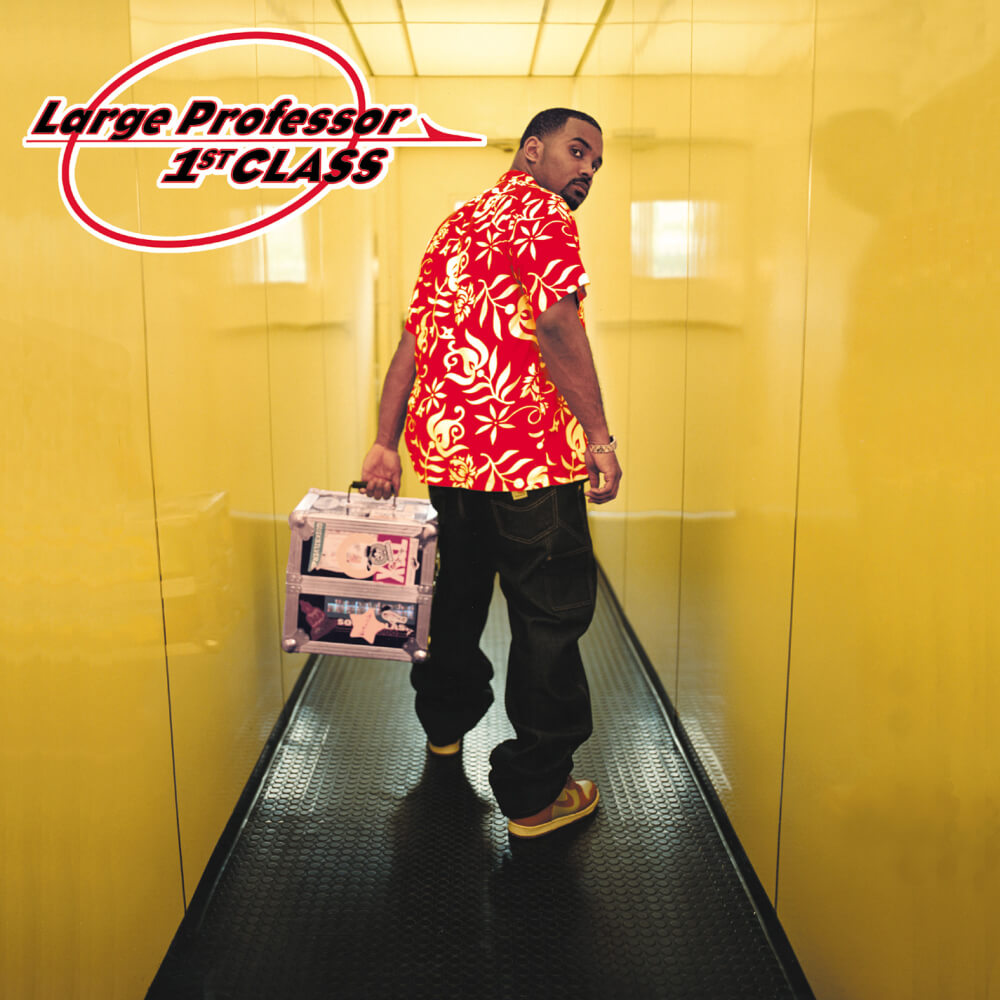 Not impressed yet? Try this: at seventeen, going to school by day, Large Professor spent his nights programming beats for Eric B & Rakim’s Let the Rhythm Hit ‘Em. That led to a call to work on Kool G. Rap’s Wanted Dead or Alive. And by that time his rep was already growing amongst those in the know: 15-year old Nasir Jones — uh, NAS — had already enrolled with the Professor.

LP’s sound is as timeless as hip-hop gets. A beat scientist of first order, no one gets more out a drum machine, and he serves up his beats garnished with just enough melody to keep things moving. P’s a chef: his creations breathe. They get your head noddin’ and let the MC do the rest.

1st Class, the long-awaited solo full-length album from Large Professor, was released in 2003. It includes guest appearances by Busta Rhymes, Nas and Q-Tip.