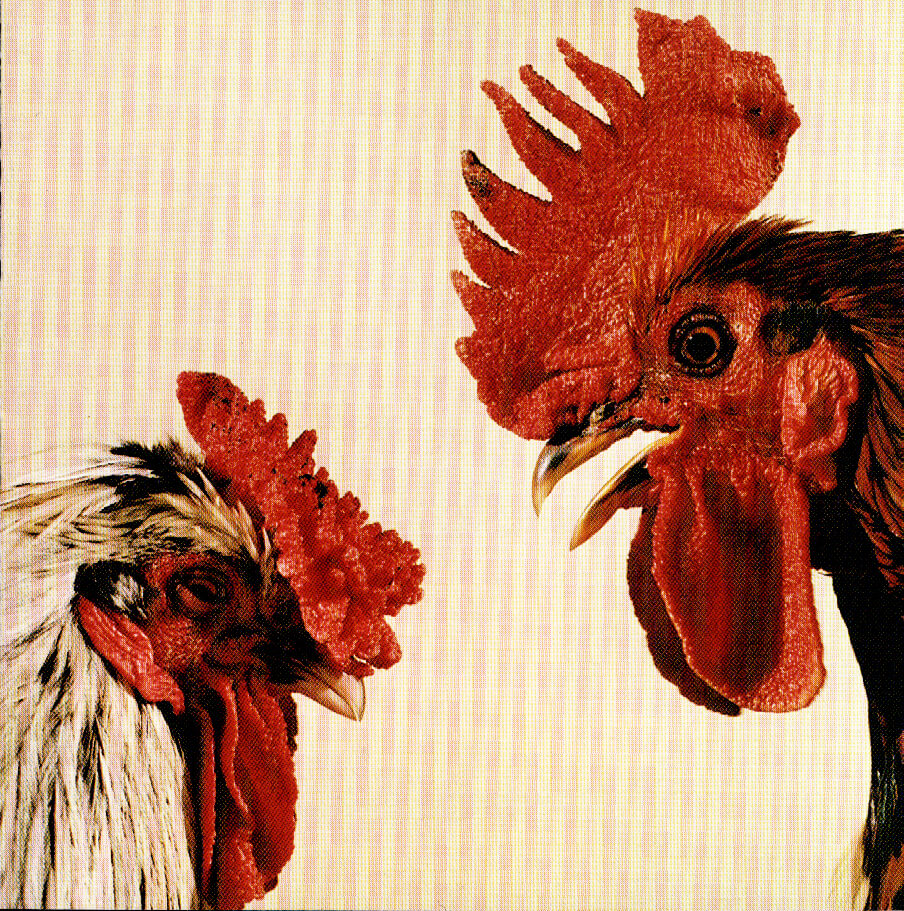 Diamanda Galas: “Turkish brother homopsychotic Khan is very disturbed — all the better for our mutual enemies.”

Kid Congo Powers: “Khan has a great ass… and the music is fabtabulous! … ‘Why Hurt Flesh’ was supposed to be like The Crystals’ ‘He Hit Me and it Felt Like A Kiss’ but we went a bit wild and it turned to cannibalism!… Khan was all for it. It’s nice to fraternize with genius.”

Alec Empire: “Khan is a true genius! A lot of people copied him, fuck them, he is the original. The collaboration between Hanin and him defines what New York’s indie drum-machine bands are trying since years but never achieve. I just wish Hanin would stop carrying a gun…”

Hanin Elias: “Working with Can was like a quickie, spontaneous, fast and satisfactory. I’m up for some more…”

Khan composed and played all the music on No Comprendo, then invited a host of vocalists to come up with vocal melodies and lyrics. Some of the singers Khan already knew, others were people he admired for some time. Khan actually was able to get his entire “wish list” (save for Fred Schneider, with whom he recorded but whose label prohibits side projects). Though their parts were created completely separate from Khan and without his input, both artists were in the studio during recording (alternating between NYC and Berlin). More cooperative than collaborative, this approach provided some exciting tension and discord, illustrated by the fighting cocks on the CD cover. Khan found that the women came to the studio very prepared, while the men improvised on the spot (he thinks Andre Williams has no recollection of even having participated).

Khan says: “The idea of ‘No Comprendo’ was to design songs for different singers so they could come up with their part and bring the song to the next level. It’s about cooperation, not just adding a vocalist. It’s about freedom, as I didn’t tell anyone what to do and accepted whatever they came up with. It’s also about spending time with people you like, and in places you like, which is kind of a theme running through my life, with my myriad collaborators, mixed heritage, and the time I now spend split among Berlin, NYC, and Mexico. The music is inspired by music I grew up with­ New York bands like The Contortions, Lydia Lunch, and Diamanda Galas, German bands like Der Plan, Einstuerzende Neubauten and Toedliche Doris, and other bands like Pere Ubu, Psychic TV, the Gun Club, and Public Enemy. ‘No Comprendo’ is a tourist expression, something the Americans constantly say in Mexico. I’ve felt like a tourist my whole life. I may not understand what’s going on around me, but I know what I want and how to communicate with people I love.”