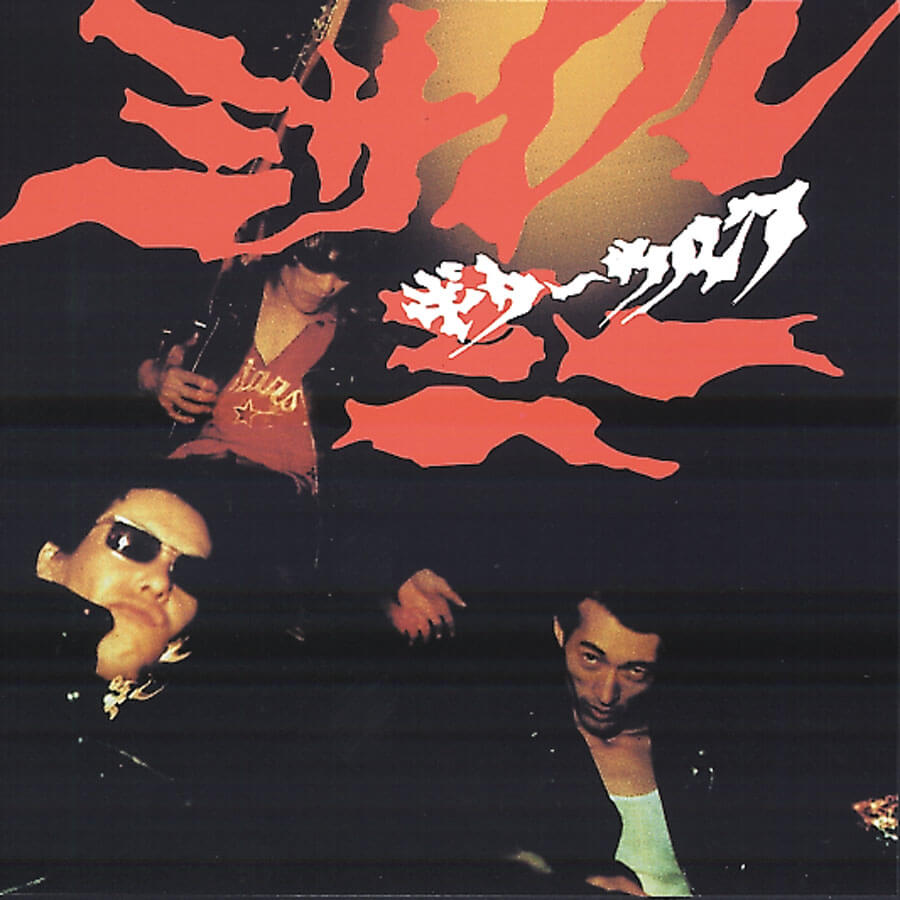 Some old timer fanzine fossil named Saul Bellow once belittled the non-Western world’s contributions to punk rock, asking mockingly, “where are the Pacific Rim’s Ramones or Sex Pistols?” but he must never have heard Japan’s Guitar Wolf.

Matador brass proferred contracts after witnessing a frenzied NYC in-store that had downtown hipsters cowering and hoisting the white flag of surrender. After the band inhaled a few bottles of hooch, guitarist Seiji proceeded to stomp across counters and record bins (trailed by an alarmed shopkeep) before launching himself headfirst into the ceiling fan, the kind of shit you only see in cartoons. The mid-air collision laid him out on the concrete like a pancake but Seiji popped right back up and still managed to miss several notes.

Missile Me! is the second studio album (and first for Matador) from Guitar Wolf.