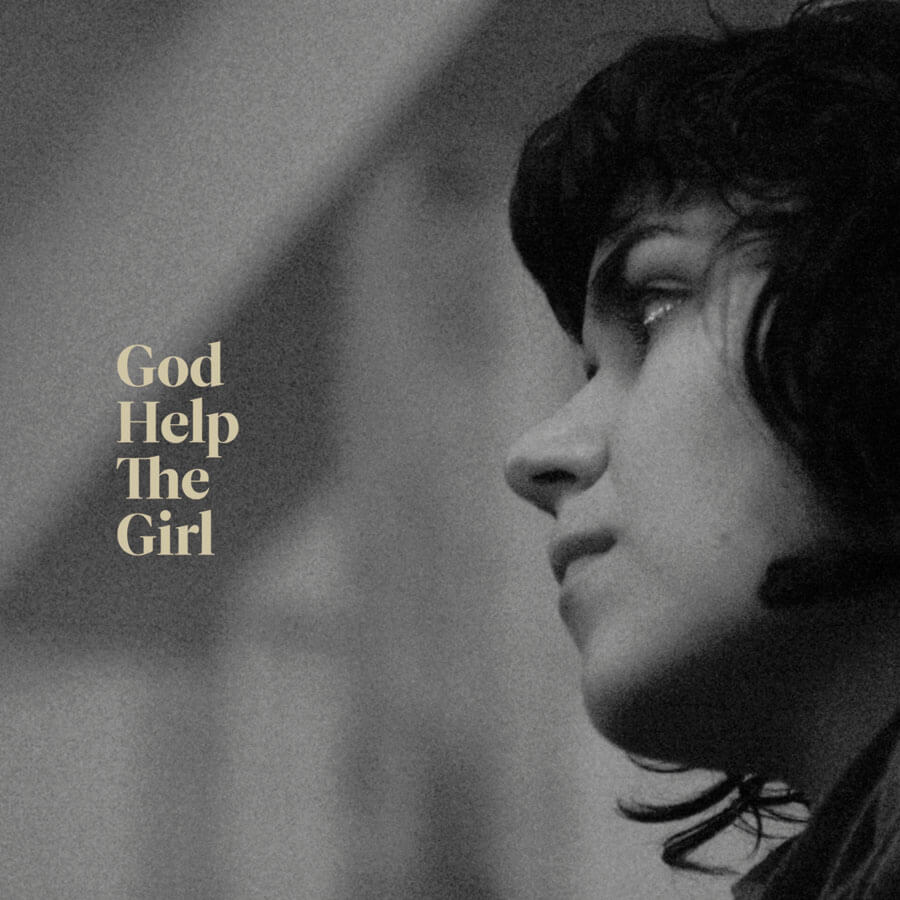 God Help The Girl is a story set to music, which Stuart Murdoch had been working on intermittently for five years, its genesis in some songs which were written while Belle and Sebastian were touring Dear Catastrophe Waitress in 2004. Stuart explains:
“I was out for a run and got this tune in my head and it occurred to me that it wasn’t a Belle & Sebastian song. I could hear female voices and strings, I could hear the whole thing, but I just couldn’t envisage myself singing it with the group.”
As more songs emerged, a shape and theme began to emerge, before the music was actually recorded, or the vocalists found to take on the parts. After a lengthy audition process, Catherine Ireton, a friend of a friend who had moved from Limerick to Glasgow, and had appeared on the sleeve of Belle and Sebastian’s single ‘White Collar Boy’ ended up singing lead on the majority of the songs.
Catherine was not the only great voice unearthed during 2007. A competition where singers could add their vocals to two demos was posted on the iMeem social networking site and attracted around 400 entries. From these, Brittany Stallings and Dina Bankole came to Glasgow in February 2008 to rehearse and record some parts, Brittany making the lead vocal part on ‘Funny Little Frog’ her own.
A total of nine different singers (including Neil Hannon from The Divine Comedy and Asya from American teen trio Smoosh) joined the members of Belle and Sebastian in the studio. Meanwhile, Mick Cooke’s orchestral arrangements were recorded in London with a 45-piece orchestra.
The results are a breathtaking record from one of pop’s most singular voices, which combined the strengths and feel of the early Belle and Sebastian records in a broader musical palette, drawing equally on musicals, 60s girl groups, 80s indie and, most of all, classic pop records.