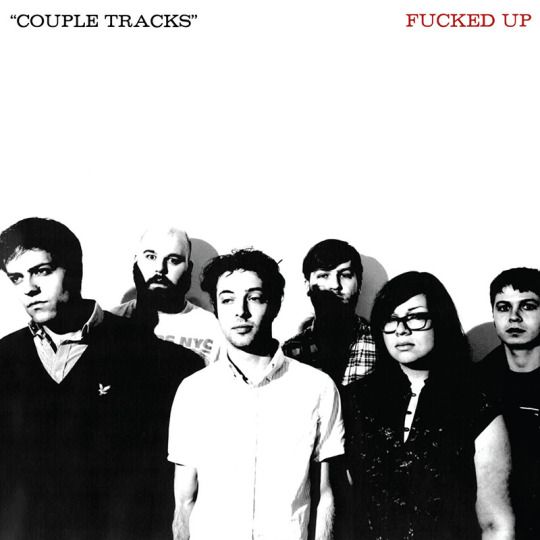 Couple Tracks is a double-CD and double-LP compilation of Fucked Up‘s many, many hard-to-find uncollected 7″ and 12″ tracks.  It contains 24 songs, and was designed as a sequel to their earlier compilation, Epics In Minutes (Deranged, 2004), spanning an extraordinarily varied (and extraordinarily collectible) musical career that has mainly been documented on 7-inch vinyl singles released around the world on many labels in many countries. Chronologically, it ranges from the A-side of their first single, No Pasarán, a commentary on the Spanish Civil War released on Deranged in 2002, to the fast alternate take of No Epiphany.