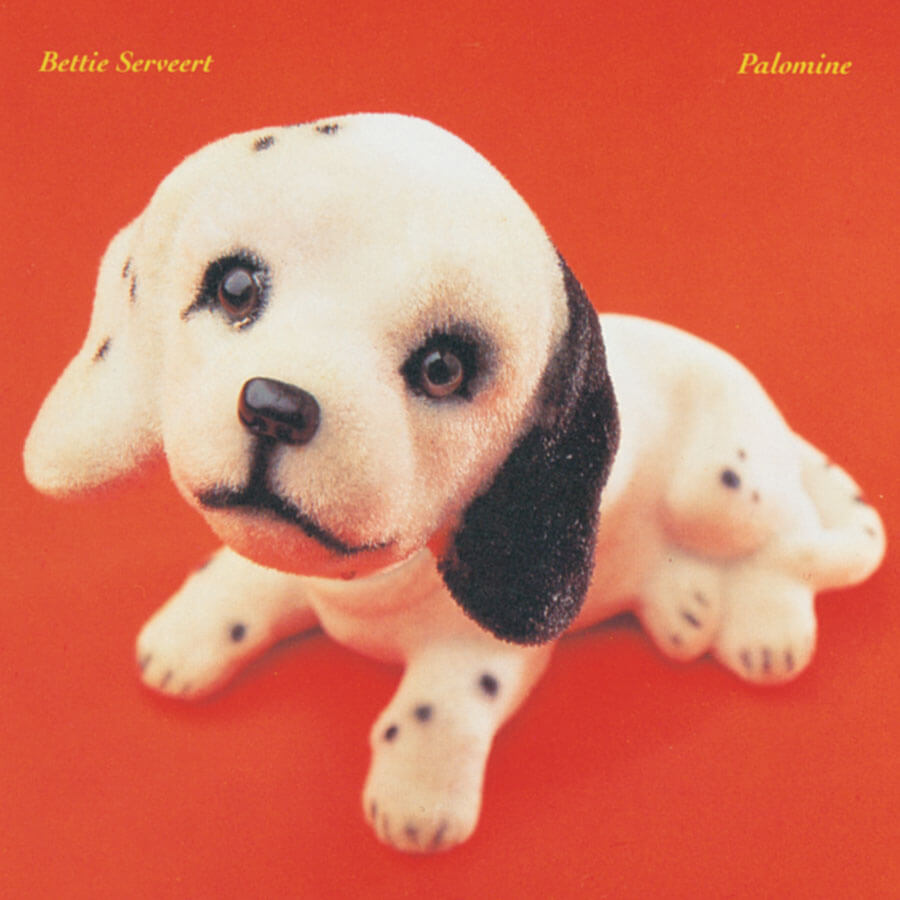 While a debut album, Palomine actually marked the second time around for Bettie Serveert – they already existed briefly as a band back in 1986, but with a different drummer. Herman Bunskoeke (bass guitar) and Peter Visser (lead guitar) who had been playing in now defunct “legendary” Dutch band De Artsen had to quit Bettie Serveert after the release of the first De Artsen album, Conny Waves with a Shell, since De Artsen became quite popular and played live a lot. Bettie Serveert ceased to exist and singer Carol van Dijk became De Artsen’s sound engineer.

Bettie Serveert reformed in 1991 after De Artsen decided to call it quits. A seven-song demo was recorded in January 1992 and one ended up in the hands of Chris and Gerard here at Matador.

The name Bettie Serveert, which translates into “Bettie served” (as in tennis) was suggested by drummer Berend Dubbe who had seen a tennis-instruction book by famous Dutch tennis player Betty Stove. This book, with its blatant undercurrents of eroticism, reached its feverish peak in the photo of Bettie serving, her flimsy up and down, and her entire body thrusting forward in one surging cataclysmal jolt of pure sensual power.

There is no way that Carol’s vocals aren’t gonna turn you into a pile of quivering mush, you don’t stand a ghost of a chance escaping from the clutches of Peter’s guitar, and the tunes, the tunes! They will linger on in your consciousness for ages, not unlike a White Castle meal, except this is very pleasant.